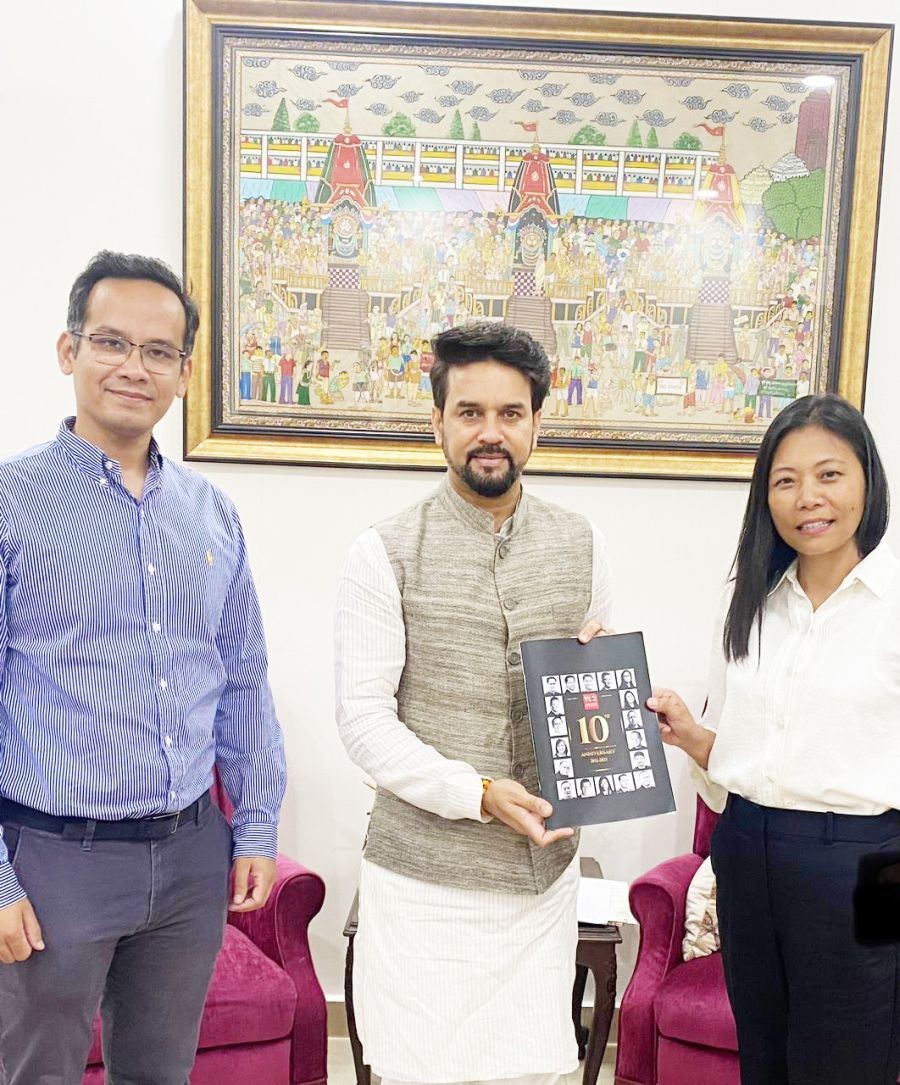 DIMAPUR, JULY 31 (MExN): YouthNet founder, Hekani Jakhalu has submitted a detailed proposal after discussion with the Naharbari Village Council, for a mega youth multipurpose complex in Naharbari, Dimapur to Union Minister of Youth Affairs and Sports, Anurag Thakur, based on the “in principle approval” by the Union Minister earlier.

A press release from the media cell, YouthNet informed that Hekani was accompanied by Gaurav Gogoi, Member of Parliament, Lok Sabha and son of late Tarun Gogoi, former Chief Minister of Assam, along with a member of the North East Leaders Connect – a group comprising of young professionals/achievers/leaders of North East working together towards holistic and sustainable growth of the region.

Young Leaders Connect was launched by YouthNet in 2011 in Kohima and its 9th edition will be held in Imphal in October, with Chief Minister of Manipur, Biren Singh as the Chief Patron

Along with being a citizen comes responsibilities: Patton | MorungExpress