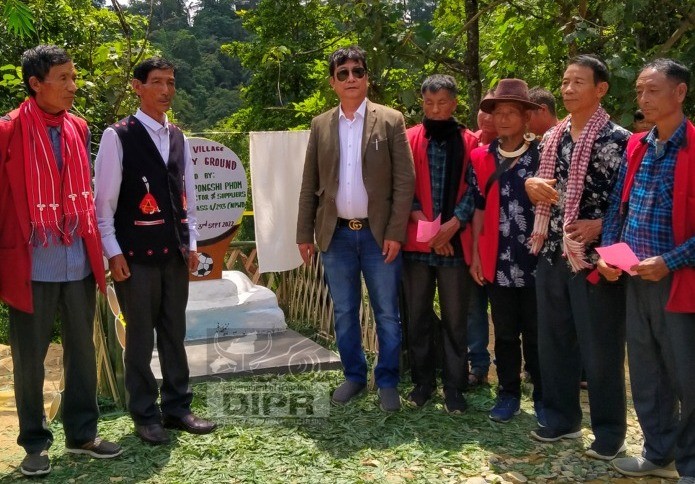 Dignitaries during the inauguration of the Yeamthi football ground at Auching village.

Phom said that playgrounds are needed for the younger generation to develop their skills in games and sports. He stated that with the presence of the playground, children can develop in their sporting abilities and be able to represent the district and state. He added that the ground can be used not only for sports but also for activities. Phom called upon the gathering to maintain the playground throughout the year.

Welcome address was delivered by Chairman, Auching Village Council, S Hongba Phom while vote of thanks was proposed by C Yongkai Phom. A special number was presented by KYungmei Phom. The dedicatory prayer was pronounced by Pastor Auching Baptist Church, P Belong while the program was chaired by President ASU, P Chingmei Phom.