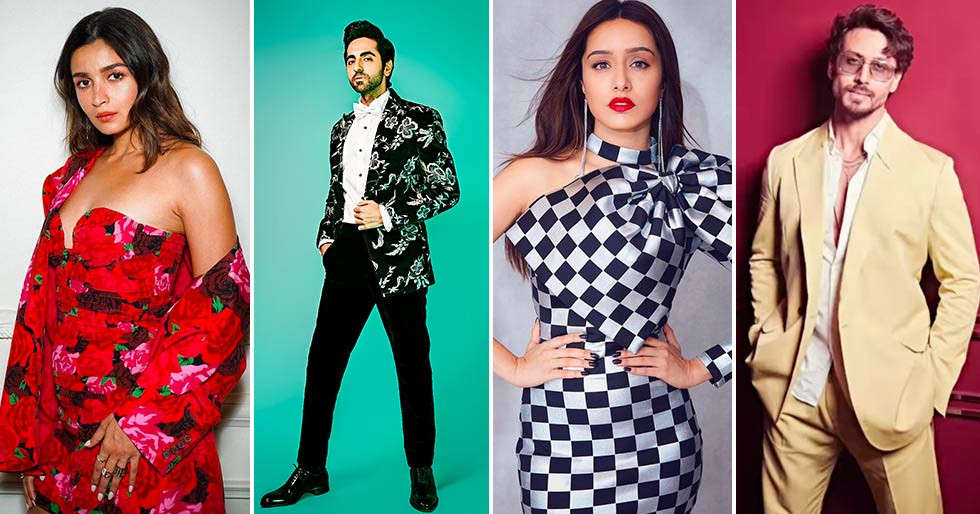 Bollywood has its fair share of multi-talented stars. While some actors can dance, paint or even direct films, there is a host of musical talent to be found in the industry. As June 21 marks World Music Day, we’re spotlighting some actors who surprised fans with their talent for singing.

Alia Bhatt who is currently making headlines for Brahmastra and her much-anticipated Hollywood debut once made headlines for her sweet singing voice. The actress has sung memorable songs like Samjhawan and Ikk Kudi.

Lest we forget, Ayushmann’s younger brother also made his professional singing debut in Vicky Donor in the song Ik Vaari. Since then he has launched his own singles and popular covers including Balle Ni Balle.

It’s no secret that Ayushmann can really sing. The Andhadhun actor’s singing voice took over Bollywood in his debut film Vicky Donor. Titled Paani Da Rang, the track came as a revelation and it became an instant hit with fans.

Richa Chadha who made her name in the industry with films like Gangs of Wasseypur and Masaan was featured on the Punjabi track Gwandian with Dr. Zeus and Zora Randhawa back in 2018.

Shraddha Kapoor is best known for her acting chops and her smooth dance moves but she’s also a trained classical singer. In fact, she has given her voice to many movie tracks including Teri Galliyan in her film Ek Villain, Sab Tera from Baaghi and Tere Mere Dil Mein from Rock Onn 2.

Sonakshi Sinha is best known for her role in Dabangg but the actress also made a splash when she marked her singing debut with the film Tevar. She then went on to release her own single titled Aaj Mood Ishqholic Hai.

One of Bollywood’s most reliable action stars, Tiger Shroff can also sing. Back in 2018, he made his singing debut with Unbelievable. He also sang Miss Hairan in his latest film Heropanti 2.

Here’s wishing a Happy Music Day to all those who celebrate!

Covid: First ‘precautionary’ shots to those who got second jab 9...