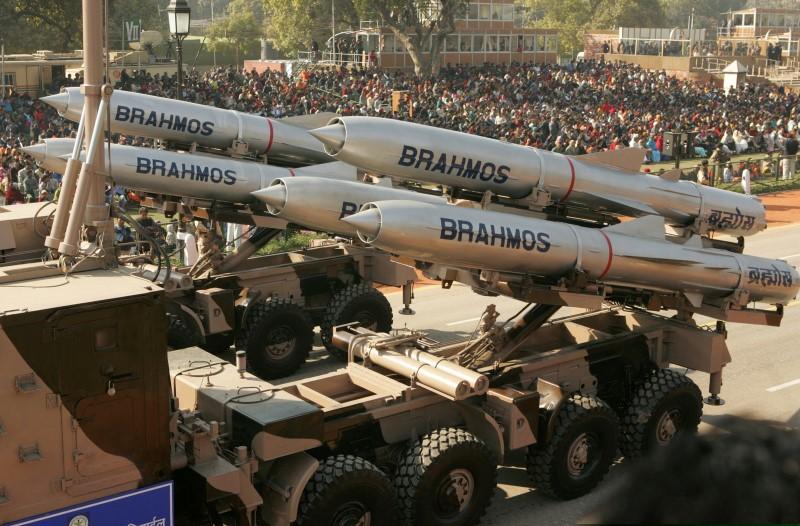 New Delhi: The accidental firing of an Indian missile deep into Pakistan last week was the first time such an event between two hostile nuclear-armed states has occurred throughout the terrifying evolution of nuclear weaponry and their delivery systems over 77 years.

Although the two South Asian neighbors have fought four wars since independence, and for decades afterward exchanged artillery, mortar and small arms fire daily across their disputed line of control in Kashmir, the ‘rogue’ missile episode is a reminder of starker and more frightening possibilities .

“There has never been an incident like this (of a missile being fired) between two nuclear-weapon states (NWS) like India and Pakistan, especially as the missile flying time between them was under three minutes, leaving neither side any time to react Said Professor Happymon Jacob, who teaches disarmament and diplomacy at New Delhi’s Jawaharlal Nehru University.

And though there had been multiple scary occurrences during the Cold War era involving NWS like the US and the Soviet Union, none had even “come close” to the March 9 accidental missile firing by India inside Pakistan, he added.

Jacob said that such a scenario had “immense potential” to escalate if Islamabad had opted to retaliate, which it fortuitously did not, even though it was unaware that the incoming missile was unarmed. “Bilateral fail-safe protocols to manage and neutralize such emergencies between India and Pakistan remain inadequate and need bolstering,” observed Jacob.

Eventually, however, the errant missile harmlessly struck the boundary wall of a house in Mia Chunnu in Pakistan’s Punjab province, some 270km southwest of Lahore and some 124 km from the Indian border, partially demolishing it.

Indian military experts believe that what the Pakistan Air Force (PAF) called a ‘supersonic flying object’ which infiltrated their territory on March 9 to be the 8.4m-long two-stage BrahMos cruise missile with a 292 km strike range that was developed by India in colloboraion with Russia.

They also deduced that it was fired by the Indian Air Force (IAF) from a mobile platform, as part of a training exercise from its base at Sirsa in Haryana, as claimed earlier by the PAF. The PAF also stated that it had tracked the missile’s trajectory from its launch from Sirsa at 6:43 pm local time – or, 7:13 pm in India – to a height of some 40,000 feet, before it struck Mia Chunnu 6.46 minutes later.

Two days later, on March 11, after Pakistan had publicized the event, India’s Ministry of Defense (MoD) reacted by admitting that its military had “accidentally fired” a missile into Pakistan following a “technical malfunction” during “routine maintenance” activity.

Ever since, the ministry has declined to provide any further details of either the missile type involved, its place of origin or even which of the three services was involved in its firing. It also blandly stated that a Court of Inquiry (CoI) had been ordered into the incident, but once again declined to elaborate even though it is believed to be conducting “select briefings” for a handful of correspondents in an attempt to publicize its seemingly. disjointed and confused ”viewpoint, as one reporter said.

Furthermore, military officials and newspaper editorials called for a swift investigation into the mishap in order to re-establish what The Hindu stated on March 14 to be Delhi’s global image as a “responsible nuclear power built over decades of restrained words and thoughtful action”. The same day The Times of India was more forthright; its editorial demanded that responsibility needed to be fixed and that heads needed to roll for an accident that nobody ever wanted to happen, especially in the context of nuclear neighbors.

But, defense industry officials told The Wire that the proposed CoI posed “serious problems” for the federal government, as it would, doubtlessly, include a detailed technical audit of the missile system itself, alongside probing the possibility of human error which precipitated its take-off.

Military sources reckoned that without warning, the delinquent missile’s flight path is believed to have altered abruptly, from its north-westerly direction towards its intended Mahajan Test Range target in Rajasthan, towards the south-west into Pakistan.

“Such a deviation is inexplicable, to say the least,” said a retired three-star IAF officer. It appears that the missile’s onboard guidance system was compromised, resulting in its severely altered trajectory, he added, declining to be identified for speaking on a sensitive matter.

And, if the delinquent missile did, in reality, turn out to be the BrahMos – as it appears increasingly likely – then Delhi could face grim questions over the systems operational capability from the Philippine military, which had signed a $ 375 million deal for three of its land-attack batteries in January. The Philippines had contracted to acquire four mobile autonomous BrahMos launchers with three missiles each that enable the systems command post to fire 12 missiles at an equal number of targets, within 30 seconds.

But industry officials told The Wire that there was also little doubt, that not only would the Philippines query the BrahMos’s pinpoint accuracy in hitting targets – which earlier was its unique selling point –but so would other potential customers like Argentina, Brazil, Egypt, South Africa, South Korea and Vietnam .

Recently, the DRODO claimed to have extended BrahMos’s strike range from 292km to around 400km, a capability that was enabled by India joining the Missile Technology Control Regime (MTCR) in mid-2016. MTCR restrictions had earlier prohibited Russia from transferring critical systems to the DRDO to enhance BrahMos’ range beyond 300km and 500kg payload. But analysts indicated that India’s recent missile debacle could also call its MTCR credentials into question.

Meanwhile, numerous past near-catastrophes between NWS ‘and associated emergencies they spawned during the Cold War years, broadly centered on misunderstandings, misinterpretations and miscalculations. But these, as Professor Jacob reiterated, had never resulted in any NWS ever firing even an unarmed long-range missile, albeit inadvertently, into similarly armed rivals’ territory.

Well-known US journalist Eric Schlosser details some of these close mishaps in his book Command and Control: Nuclear Weapons, the Damascus Accident and the Illusion of safetysome of which in hindsight now seem droll but were, no doubt, tension-filled and frightening at the time.

Schlosser recounts an incident in mid-1995 when a U.S. scientific missile was test-fired from an island near Norway, which Russian radar tracked and misinterpreted as a nuclear missile launched from a U.S. Navy submarine, capable of hitting Moscow with hundreds of warheads within 15 minutes. President Boris Yeltsin’s advisors opened up the nuclear briefcase, placed the lethal button on his desk and told him that Russia was under nuclear attack by the US.

Yeltsin had 10 minutes to decide whether or not to launch Russian missiles in response. But, two minutes before this deadline expired, the nuclear warning center’s duty officer told the Russian President that the missile’s flight path posed no threat and thankfully the lethal briefcase was fastened once again. Days after the crisis, the Russians discovered that a US notification of their upcoming non-military satellite launch had never made it up to Moscow’s chain of command.

Earlier, in June 1980, at the height of US-Soviet tension, when the latter had invaded Afghanistan and the former had boycotted the Moscow Olympics, President Jimmy Carter’s national security adviser Zbiginiew Brezinski was awakened before dawn with the news that Soviet submarines had launched 220 missiles at the US. Within seconds, this number increased tenfold to 2,200 and U.S. Air Force crews revved up their nuclear bombers and missile squads, opened up their respective safes to recover the secret launch codes stashed inside.

However, as Brzezinski was calling the President to recommend a retaliatory strike, fresh data came in indicating that it had all been a false alarm. Upon investigation, a computer chip costing 46 cents ended up as the culprit that could have launched Armageddon.

In retrospect, it’s a miracle, as Noam Chomsky once declared, that the world had so far avoided nuclear war despite the existence of over 15,000 nuclear weapons in the world today. Clumsiness by India in firing a missile into an inimical state only exacerbated a possible unimaginative calamity.

An objective assessment of India and Pakistan’s nuclear weapons is sobering.

According to the Federation of American Scientists, India and Pakistan both held around 160-odd nuclear weapons each, deliverable by air and mobile land-based missile systems. Correspondingly, India’s three-tiered retaliatory strategic deterrence posture also included nuclear weapons deliverable by sea-based assets like submarines. And of the world’s nine nuclear-armed states, Britain, China, France, Israel, North Korea, Russia and the US, India and Pakistan were amongst those thought to be increasing their stockpiles, the Federation recently declared.

(We have invented lethal weapons, but only ended up increasing our problems by losing all peace of mind and now end up wondering what to do next.)