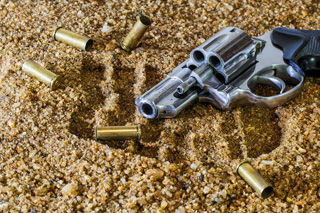 Our Reporter
Dimapur, Aug. 15 (EMN): Two jawans of the Assam Rifles (AR) were injured in a gunfight with the cadres belonging to the National Socialist Council of Nagaland led by Yung Aung (NSCN K-YA) at Nyasa village in Mon district on August 15 morning, hours before India’s Independence Day celebration began in the state.

According to an update from PRO (Def) Kohima, the Assam Rifles troop noticed suspicious movement on a jungle track between Zankham to Nyasa at around 2.35 am on Monday. Upon intercepted, the militants opened fire, injuring two soldiers.

The two injured soldiers have been evacuated to Jorhat Air Force Hospital for further treatment, it stated, adding that the local villagers helped the security forces in evacuation.

The update stated that the AR troops were in control of the sensitive areas, in wake of heightened security in the run up to Independence Day 2022, to thwart any unwarranted attempt by the insurgent factions to disrupt peace in the region.

“In general area Nyasa in Mon District, located at the interstate boundary between Nagaland and Arunachal Pradesh, based on credible intelligence of movement of UG cadres, troops of Assam Rifles laid multiple such ambushes to dominate the area,” read the update.

In another incident, the NSCN (K-YA) blank fired in the air at Longwa border in Mon district, bordering Nagaland and Myanmar, at around 7-8 am on Monday.

Sources said that it could be just to make their presence felt in the area and no casualties were reported.

It came just hours after NSCN (K-YA) opened fire at the Assam Rifles troops in Nyasa village in the same district.