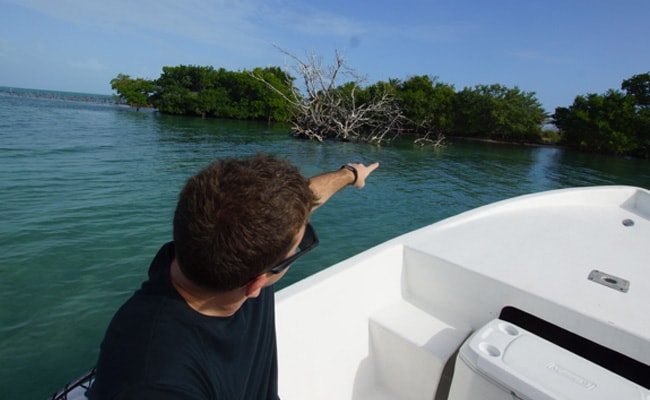 Coffee Caye: 96 investors had bought into the dream of owning an island.

Have you ever dreamed of owning a tropical island? Well, many people would dismiss the idea, but one group of investors has made it a reality by buying Coffee Caye, the world’s first crowdfunded island, located off the coast of Belize, on the Caribbean Sea. The island is surrounded by coral reefs and is only a short boat ride from Belize City. To walk from end to end on this isolated 1.2-acre island would take a person just about 5 minutes.

At the time of writing, 96 investors had bought into the dream of owning an island through the ‘Let’s Buy An Island’ crowdfunding project, and there were 249 people who consider themselves citizens. The group is aiming for 5,000 citizens in the near future.

A welcome message on the homepage states it’s the “home of the world’s first crowdfunded private island”. In February 2022, the first tour group landed on Coffee Caye. It included 13 tourists and owners, to formally launch the new micro-nation to the globe.

The website further states that a person can become an owner by paying $ 3,250. Apart from that, the person will also be a part of the decision-making process as the investors build the island into a profit-making enterprise.

According to a report on CNN, investors weren’t just purchasing a piece of Belizean real estate. They were also investing in a nation-building project. Coffee Caye, reimagined as the “Principality of Iceland”, was complete with its own national flag, anthem, and government, is also the world’s newest “micronation” – an entity that claims independence but isn’t recognized as such by the international community.

The CNN report quoted Marshall Mayer, the co-founder of Let’s Buy An Island, as saying, “That feeling of stepping onto an island that you’ve invested in, and own, that’s an amazing feeling.”

Suniel Shetty on reuniting with Sanjay Dutt after 12 yrs: Playing...