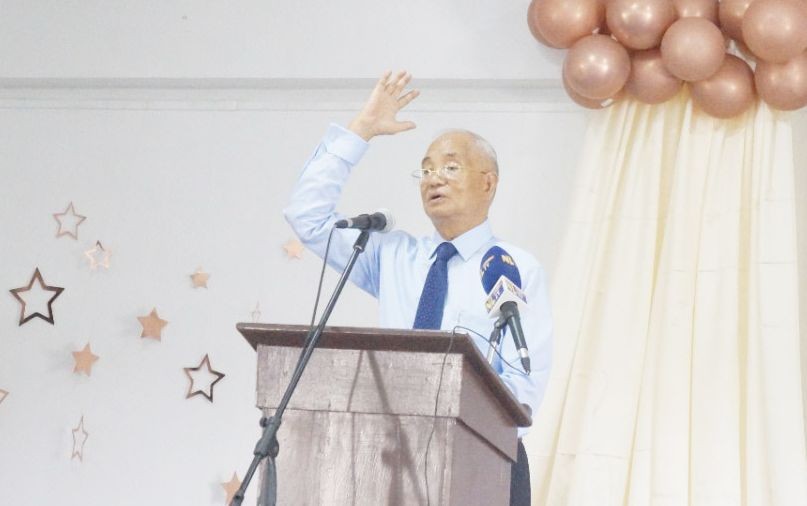 Immanuel College celebrated its commencement day of the batch of 2022 graduates, here at the College Auditorium today.

Commencement speaker at the graduation, Justice HK Sema, former Judge of Supreme Court of India exhorted the young graduates by sharing a few of his life experiences. “If you want to be a successful man and woman, you must be prepared to burn the midnight oil.”

“Today I am going to speak to you from my heart. I am a product of village primary school. It’s not my own making, it’s the making of our Lord,” he said. Stating that he was here as a personal friend of Dr A Loso Chalai, Chairman, governing body of Immanuel College, Sema said that the students are fortunate enough to be studying here in an institute founded and established by a God-fearing couple.

Implying that everything has now become crowded, Sema stated that it is now the ‘survival of the fittest.’ “If you want to have success in life, there is no shortcut to success, there is no substitute for hard work,” he said. He also said that with modern technology now, the world itself is your own oyster, and that there are loads of choices to embark upon.

“If you want to become a future leader, be strong, be your own man and speak your own words. Create innovative thoughts for the future of the Nagas and prepare now,” I implored.

He further called upon the young gathering to be an impartial person in order to be a leader. “Be independent and an impartial body,” he added.

Many years ago, when Sema met the late Dr Abdul Kalam, former President of India and they shared a wonderful moment discussing many things about life, Kalam gave him a valuable advice which he passed on to the students. “Look, if grapes are not pressed, there would be no wine; if flowers are not pressed there would be no perfume. So if there is pressure of work in your life; don’t worry, one day you will reap the best out of it.”

“Don’t succumb to pressure, you pray to God,” he said, while urging them to march ahead with determination. He expressed delight to be able to share his thoughts today.