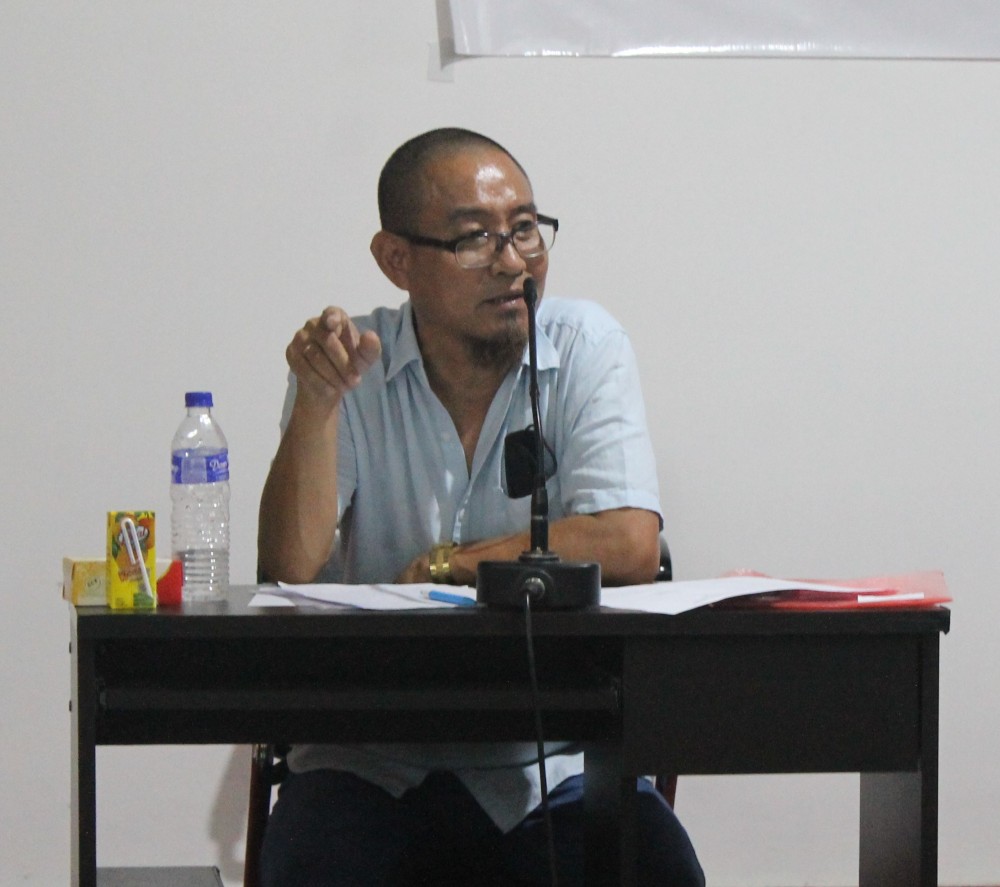 The program was aimed at discussing and examining the current ground realities of the state with regard to mental health and its underlying challenges, whereupon state officials can best be equipped to handle patients suffering from mental disorders.

Holika Sukhalu, Judicial Magistrate first class, Dimapur highlighted the features of the Mental Healthcare Act, 2017 which empowers patients to decide upon the type of treatment they wish to undergo for themselves based on the available treatments at healthcare centers. To understand what kind of medical treatment, he/she is to be administered, either by speech or other form.

“The main premise of this act is because the previous act (1987) was not in the best interests of the patients but for the convenience of the district administration,” she noted.

She stressed the need to make a clear distinction between mental illness and mental retardation. This she said is because most people tend to club them together under the same category without understanding the underlying problems.

Moreover, she revealed how the State Mental Health Review Board for Nagaland has still not been set up. It is to register all mental health institutions within the state.

Sukhlau also mentioned on the duties and responsibilities of police officers to give protective custody to persons suffering from mental disorders and said, “Take him or her to the nearest hospital for assessment while informing him or her that you are doing so.” Besides these, she presented on the existing rights and laws in the interests of patients which needed to be properly implemented in the state through proper guidelines.

Dr Temsuyanger, SMO (psychiatrist), District Mental Health Program (DMHP), Dimapur at the outset of his speech regretted the non-existence of government-run shelter homes for homeless persons, especially mentally challenged, and living on the streets of Dimapur. I further delved into the nature of Electroconvulsive therapy (ECT) and how it can be used for specific cases (epilepsy) by medical practitioners.

In addition, I have revealed how the state needs more professional psychiatrists as there are only 7 for the entire population. The medical official suggested on the system of working out “Zonal psychiatrists” tasked with the responsibility of looking after two or more districts in the case of shortfall.

He also commented on the works of Missionaries of Charity which are an important element in caring for mentally challenged persons. “Many individuals come from Orissa, West Bengal and other Indian states where they are dumped at the Dimapur Railway station by their family or relatives,” he added. However, unless something is done the situation will get out of hand, especially in Dimapur.

Clear cut directives and responsibilities need to be shouldered by the police; Health and Family Welfare department.

I have observed that a great deal has gone towards creating awareness but for large districts such as Dimapur, a lot more needs to be done more. Such as finding, studying and understanding drugs, alcohol related substances and what are the drugs being circulated in Nagaland. This can be led through investigations carried out by the police through proper legal directives.

A question and discussion hour was held in the concluding part of the event where state officials put up their questions and doubts regarding their specific areas of interest.

Florentino Perez wanted Aguero at Real Madrid, but it wasn’t to...