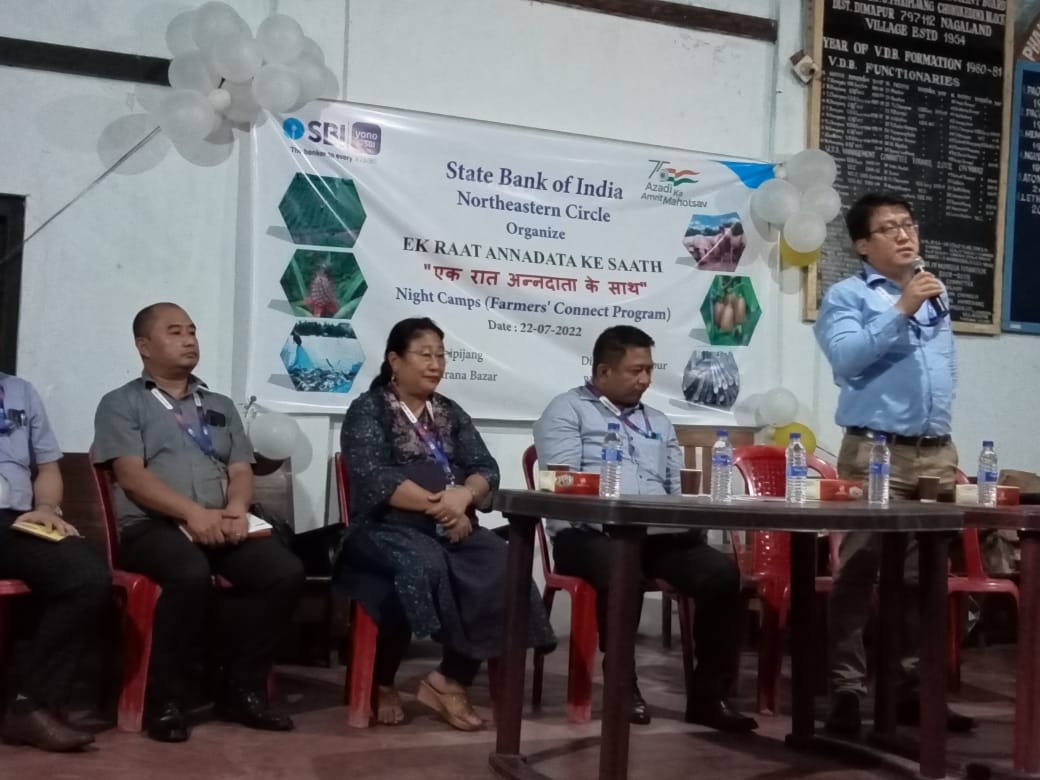 On the occasion, the bank officials handed over in-principle sanction letter to 34 piggery farmers in the village. As part of the program, the bank officials also highlighted schemes like piggery (Mudra) and kisan credit card and also created awareness on maintaining credit discipline.

Besides, seven meritorious students and two self help groups from the village were also awarded by the bank.

In a related program, State Bank of India, Northeast circle, organized a farmers’ connect program in Chendang village under Tuensang district where thirty five loan sanctioned letters and seventy forms were handed over to farmers and beneficiaries.

The AO of Jorhat, Jidendrakant Thakur, in his keynote address, expressed the desire of the bank to help villages elevate their status as ‘vegetable village.’ He also informed that SBI is the only bank that has approved 90 percent of loans to farmers across the state.

RBO of Mokokchung, Joy Chakma, also stated that organic farming is a special trait of the village and should be upheld and made known to the rest of the state and country.

Dr. Aojongshi and Wetosangla Chang, who represented veterinary and agriculture departments, highlighted the farmers on matters relating to their subjects.

On the occasion, the bank also donated a mobile generator to the village.

The program was chaired by Luhoi Besii, chief manager of SBI Tuensang branch.

CAP: A SBI official speaking at the farmers’ connection program held in Phaipijang village on July