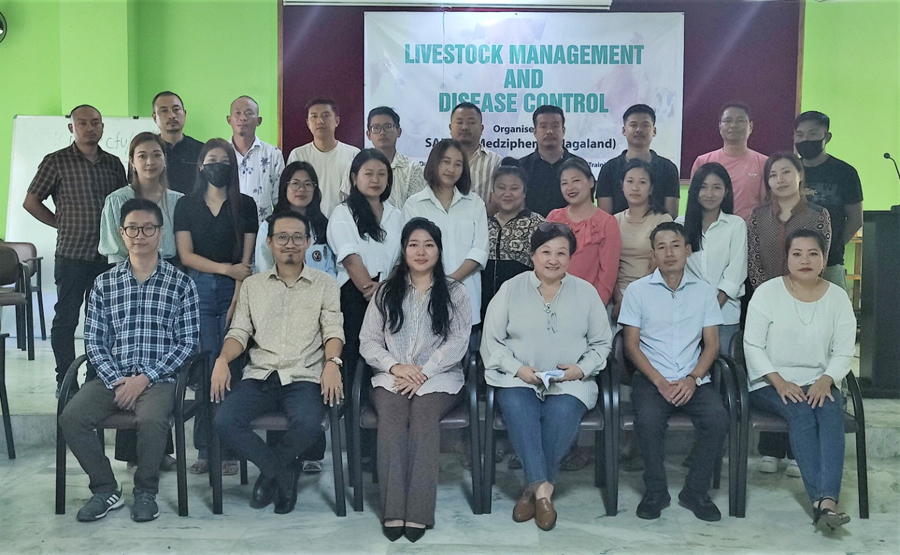 During the visit to mithun farm, the resource person has briefed on the benefits and potential of rearing mithun. It mentioned that mithun rearing is not only for meat purpose but also for milk, which has got high nutrition compared to other domestic animals. Some of the value additions from mithun milk included Kalakand, Rasgula, Lassi etc.

It added that properly trained mithun could be used as a valuable draft animal by the farmers in the remote hilly slopes, where traditional draft animals are not available.

The valedictory program was chaired by Janet Chishi, SAMETI deputy project director. Feedback on the training was given by all the participants of 11 districts.

Certificates were distributed to the participant by Dr. Watimongla Jamir, director of SAMETI and principal of IETC, and concluded with a vote of thanks delivered by Yezaho Swu, SAMETI deputy project director.

Must read! Karan Kundrra says Tejasswi Prakash has made him a...