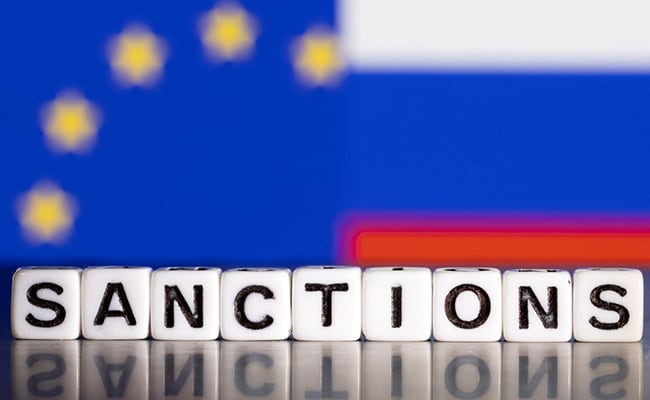 Russia has become a global economic pariah after it attacked Ukraine, the US has claimed.

Russia has become a global economic pariah after it attacked Ukraine and the international community has joined the US in imposing tough sanctions against Moscow, the Joe Biden administration has claimed.

US President Joe Biden termed the package of economic sanctions enforced against Russia “most significant in history” and claimed that it has caused consequential damage to the Russian economy.

“It has caused the Russian economy to crater. The ruble is now down 50 percent and worth less than one American penny since Putin announced his war,” he told reporters at the White House after announcing an immediate ban on imports of Russian oil and gas.

“We cut Russia’s largest banks from the international financial system and it has crippled their ability to do business with the rest of the world,” Joe Biden said.

US President Joe Biden on Tuesday announced the US would ban the import of Russian oil and gas, “targeting the main artery of Russia’s economy” in response to its invasion of Ukraine.

Europe, which is far more dependent on Russian energy than the United States, announced Tuesday a plan to cut gas imports from Russia by two-thirds this year, The Washington Post reported.

The latest move is likely to escalate further tension between the two countries and would impose a greater economic cost to invading Ukraine.

A senior official in the Biden administration later said, “As a result of our historic coordination, Russia has become a global economic and financial pariah.

“Over 30 counties, representing well over half the world’s economy, have announced sanctions that impose immediate and debilitating economic costs on Russia, cut off its access to high tech, sap its growth potential and weaken its military for years to come.”

By isolating Russia’s Central Bank from the global financial system, the US has disarmed Putin’s war chest of foreign reserves and he can do very little to slow the freefall of his currency, the official claimed.

“By blocking transactions and freezing the assets of his largest banks, we’ve shut down Putin’s ability to do business with the world.” President Biden told reporters that the US is choking off Russia’s access to technology, like semiconductors, that are its economic strength and weaken its military for years to come.

“Major companies are pulling out of Russia entirely without even being asked. Over the weekend, Visa, MasterCard and American Express suspended their services in Russia, joining a growing list of American and global companies from Ford to Nike to Apple,” he said.

“The US Stock Exchange has halted trading and many Russian securities. The private sector is united against Russia’s vicious war of choice. The US Department of Justice has assembled a dedicated task force to go after crimes of Russian oligarchs.”

“We are joining our European allies to find and seize their yachts, luxury apartments, private jets and all their ill-begotten gains to make sure they share the pain of Putin’s war,” Joe Biden said.

You Can Now Embed Instagram Profiles To Websites and Reply To...