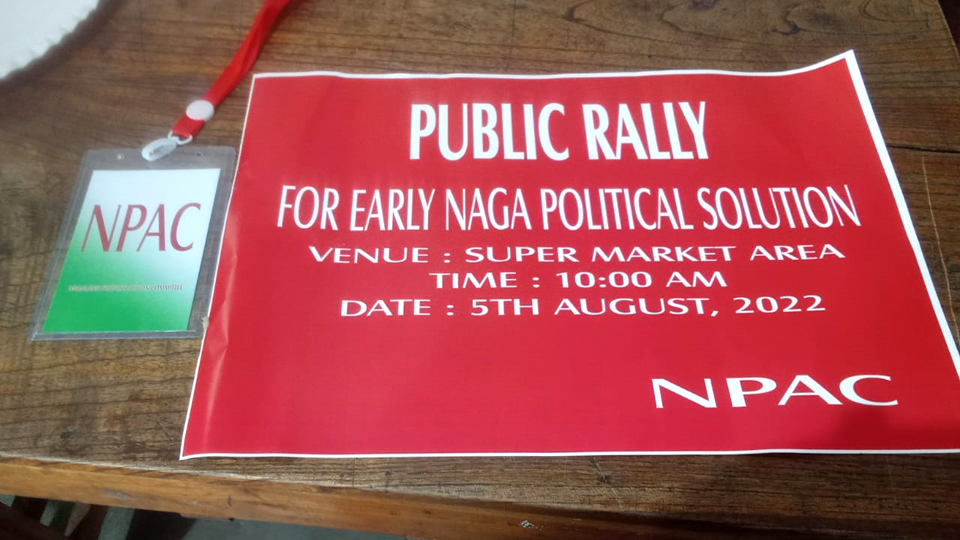 The President of All Nagaland Private School Association (ANPSA), Dimapur unit, Dr. Andrew Ahoto confirmed to Eastern Mirror that the association had sent a letter to all the schools under ANPSA for closure of schools under Dimapur district on Aug. 5, as for a request letter from NPAC.

Along with the private schools, colleges affiliated to the Private College Association Nagaland (PCAN) were also requested to remain closed in support of the public rally called by NPAC.

PCAN further stated that the request was only an advisory and the final decision would be up to the respective colleges. Furthermore, it stated that colleges who had pre-scheduled engagements such as CUET exam centers, etc were exempted from this advisory.

However, there were no reports on the closure of government schools, until the filing of this report.

Meanwhile, president of Dimapur District Autorickshaw Drivers’ Union (DDADU), Tito Yeptho, informed this newspaper that autorickshaws would ply on Friday as usual. However, DDADU along with NPAC would provide free auto service up to the Supermarket area for those participating in the rally. However, only cars with the public rally sticker would be part of the free service.

The autorickshaws with the rally stickers will be available from Dhobinalla junction, Notun Basti junction and DC court junction.

As per the Dimapur Chamber of Commerce and Industry, all shops and business establishments within its jurisdiction would be closed from 10 am until the rally gets over.

The Western Yimkhuing Hoho also expressed solidarity with NPAC while Shamator, Wokha, Phek and Kohima District Chamber of Commerce and Industries appealed to the business establishments in the respective districts to down shutters for two hours, from 10 am to 12 pm.

‘What exactly is the home ministry doing’: Rahul Gandhi on civilian...