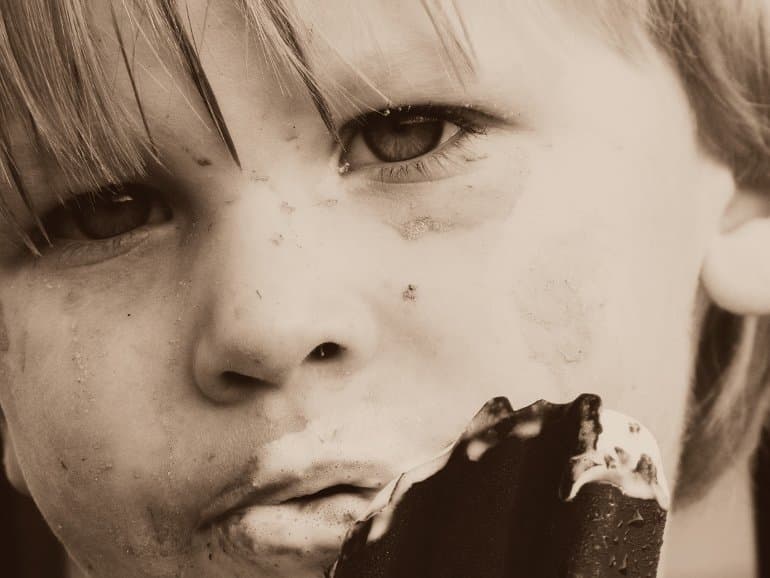 Summary: In young children, poor nutrition coupled with living in a chaotic environment may be detrimental to cognitive and executive function.

Children 18 months to 2 years old who ate greater quantities of sugary snacks and processed foods were more likely to have problems with core components of executive functioning such as inhibition, working memory, and planning and organizing abilities, according to surveys completed by their caregivers.

The nearly 300 families who participated in the research were part of an ongoing birth cohort study in which researchers began collecting data on children’s dietary habits, weight trajectories, social-emotional skills and family relationships when they were about 6 weeks old.

Although similar research examining links between nutrition and executive function was conducted with older children and teens previously, the current study was novel in that it focused on children at ages when they were developing these vital skills and when dietary habits and home environments could play pivotal roles .

“Children begin rapidly developing executive functions around the ages 2-5, and we wanted to look at that initial period when parents were making critical food-related decisions and the impact these had on children’s cognitive abilities,” said first author Samantha Iwinski, a graduate student who has worked with the project for several years.

Published in the journal Nutrientsthe study was based on extensive data collected from the children’s caregivers, including a dietary intake questionnaire that assessed how often each child consumed various fresh and processed foods.

Caregivers also completed a behavioral inventory that measured various dimensions of executive function such as whether the child became easily overwhelmed or had recurring problems with playing or talking too loudly.

Additionally, each caregiver answered questions about household chaos, such as whether the child’s home environment was typically quiet and run with established routines or was prone to noise, overcrowding and disorganization.

Prior research with adolescents and teens linked household chaos with behavioral problems and poor performance on tasks related to core dimensions of executive function such as the ability to focus and control one’s emotions.

Accordingly, the U. of I. researchers’ analyzes suggested that poor nutrition — including regular consumption of various snacks and processed foods — was associated with diminished cognitive performance and behavior among the children in the study.

“We saw that higher intake of these foods was related to lower levels of certain indices, including emotional control, inhibition and planning and organizing,” Iwinski said. “Even at this young age, dietary intake may affect children’s executive function at multiple levels.”

The U. of I. team hypothesized that calmer households with predictable routines might buffer the effects of a poor diet on children’s executive function.

Rather than moderating the relationship between executive function and dietary intake as the team had hypothesized, household chaos had an independent correlation with children’s cognitive skills.

The findings highlight the importance of both good nutrition and healthy household environments in promoting children’s best cognitive development, said co-author Kelly Freeman Bost, a professor of child development and of psychology.

“Children may not understand the signals around them when environments are noisy or disorganized, and a lack of routine and consistency may influence their attention and emotional regulation,” Iwinski said.

“These children may not be able to interpret cues and respond appropriately in certain social and emotional situations.”

To better understand the correlations found in the current study and examine how they persist or evolve as children age, Iwinski and her co-authors are planning a follow-up study with the same families and their children, who are now 5-6 years old .

However, because the sample lacked racial, ethnic and economic diversity, the findings may not be generalizable to other populations. More studies are needed with diverse populations and longitudinal and experimental project designs before causal claims can be made, the researchers said.

Bost and Iwinski co-wrote the paper with U. of I. faculty members Sharon M. Donovan, the professor and Melissa M. Noel Endowed Chair of Nutrition and Health; and Barbara H. Fiese, the co-director of the STRONG Kids2 project and a professor emeritus of human development and family studies.

About this neurodevelopment and diet research news

Children’s executive functions (EFs) emerge over time and can be shaped by household environments and dietary intake. However, there is a lack of knowledge about how these factors influence EFs in children aged 18–24 months.

There were also significant associations between household chaos and each EF subscale. There was no significant moderation effect.

These findings suggest that family households characterized by dysregulation are associated with children’s EF difficulties during early childhood and that the role of unhealthy dietary intake in child EF should be explored further.

Future longitudinal studies that include multi-method approaches are needed to document the mechanisms through which household chaos impacts a child EF over time.

DAILY MARKETS CONTINUE TO OPEN THROUGHOUT THE WEEK