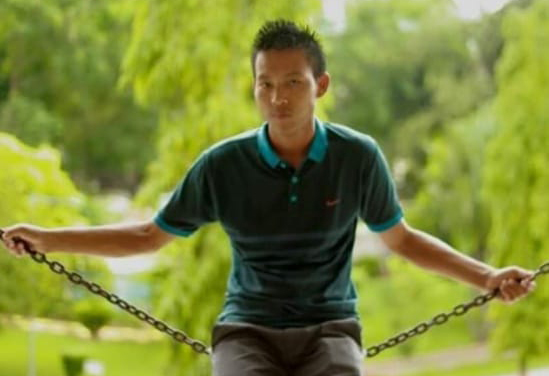 Dimapur, Aug. 26 (EMN): A peaceful public rally was held at Longleng public ground on Friday to protest the death of Henveih Phom, who allegedly died while in Assam police’s custody on August 21.

The participants marched from the local ground to Longleng Deputy Commissioner’s office and submitted a memorandum addressed to the state Chief Secretary, according to an update.

President of Phom Peoples’ Council (PPC), Shami Angh urged Longleng DC Dhram Raj to deliver the message to the chief secretary to serve justice within 15 days, failing which the people would be compelled to “confront with violence” directed by the Eastern Nagaland Students’ Federation (ENSF).

Extending solidarity to the people of the district, the DC said that death under police custody is the “highest crime” and assured the protesters to deliver justice, while urging them to appeal before the National Human Rights Commission of India.

He also requested the people to maintain peace and tranquility with the neighbors until justice is served as the public has no hands in the incident.

He went on to inform that he and SP Longleng had spoken to their Sivasagar counterparts to expedite the investigation for early justice and that they had assured to do so.

It was reported that presidents of Eastern Nagaland Women Organization, Phom Students’ Conference and Phomla Hoichem also spoke at the rally.

The Eastern Naga Students’ Federation (ENSF) has informed that all its seven federating units organized “solidarity” rallies at their respective tribal headquarters on Friday over the “custodial death” of late Henveih Phom.

ENSF in an update stated that hundreds of students and public from every walk of life participated in the rallies with placards condemning the incident and demanding the special investigation team (SIT) to book the perpetrators at the earliest and to bestow befitting punishment as per the law of the land. “In auxiliary to the student body, tribal leaders, women organization too have participated showing solidarity to the bereaved family. During the course of the rally, shops were temporarily closed until the program was over,” it stated.

IN CONVERSATION WITH TELECOM SERVICES FOR POOR VI NETWORK AT WOKHA

Running and weights helped this man to grind in 5 months