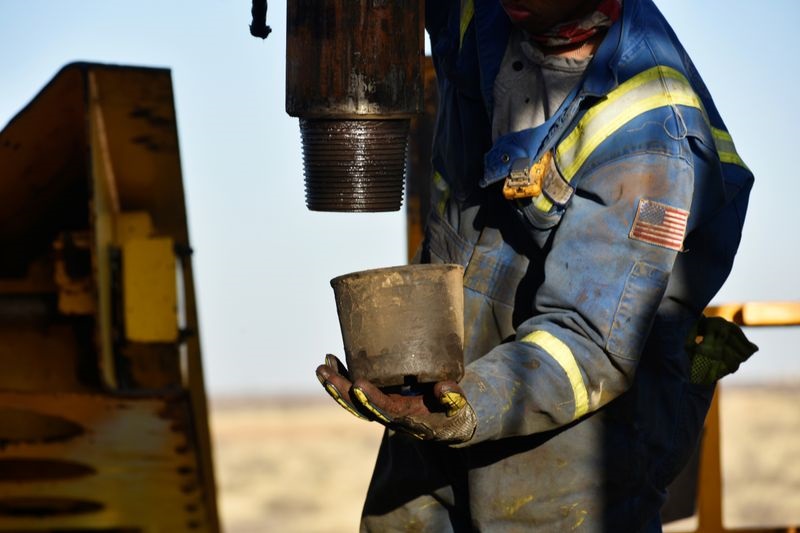 (Reuters) -Oil prices ended 3% higher on Friday at fresh seven-year highs as escalating fears of an invasion of Ukraine by Russia, a top energy producer, added to concerns over tight global crude supplies.

Russia has massed enough troops near Ukraine to launch a major invasion, Washington said, as it urged all US citizens to leave the country within 48 hours.

Britain also advised its nationals to leave Ukraine as Prime Minister Boris Johnson impressed the need for NATO allies to make it absolutely clear that there will be a heavy package of economic sanctions ready to go, should Russia invade Ukraine.

Both benchmarks touched their highest since late 2014, surpassing the record highs hit on Monday, and posted their eighth consecutive week of gains on growing concerns about global supplies as demand recovers from the pandemic coronavirus.

Trading volumes spiked in the last hour of trading, with volumes for global benchmark Brent climbing to their highest in more than two months.

“The market doesn’t want to be short going into the weekend … if an invasion appears to be imminent and you know that there will be retaliatory sanction that will result in a disruption in and oil supplies,” Andrew Lipow, president of Lipow Oil Associates in Houston.

The International Energy Agency raised its 2022 demand forecast and expects global demand to expand by 3.2 million barrels per day (bpd) this year, reaching an all-time record of 100.6 million bpd. [IEA/M]

The energy watchdog’s report follows the Organization of the Petroleum Exporting Countries’ warning earlier this week that world oil demand might rise even more steeply this year on a strong post-pandemic economic recovery. [OPEC/M]

The IEA added that Saudi Arabia and the United Arab Emirates could help calm volatile oil markets if they pumped more crude, adding that the OPEC + alliance produced 900,000 bpd below target in January.

The two OPEC producers have the most spare production capacity and could help to relieve dwindling global oil inventories that have been among factors pushing prices towards $ 100 a barrel, deepening inflation worldwide.

The Biden administration responded to high prices by again stating this week that it has been talking to large producers about more output, as well as the possibility of additional strategic releases from large consumers, as it did late last year.

Indirect US-Iran nuclear talks resumed this week after a 10-day break. A deal could see the lifting of sanctions on Iranian oil and ease supply tightness.

In the United States, drillers added the most oil rigs in a week in four years, with the rig count, an indicator of future production, rising 19 to 516, its highest since April 2020, energy services firm Baker Hughes Co said. [RIG/U]

Disclaimer: Fusion Media would like to remind you that the data contained in this website is not necessarily real-time nor accurate. All CFDs (stocks, indexes, futures) and Forex prices are not provided by exchanges but rather by market makers, and so prices may not be accurate and may differ from the actual market price, meaning prices are indicative and not appropriate for trading purposes. Therefore Fusion Media doesn`t bear any responsibility for any trading losses you might incur as a result of using this data.

Fusion Media or anyone involved with Fusion Media will not accept any liability for loss or damage as a result of reliance on the information including data, quotes, charts and buy / sell signals contained within this website. Please be fully informed regarding the risks and costs associated with trading the financial markets, it is one of the riskiest investment forms possible.