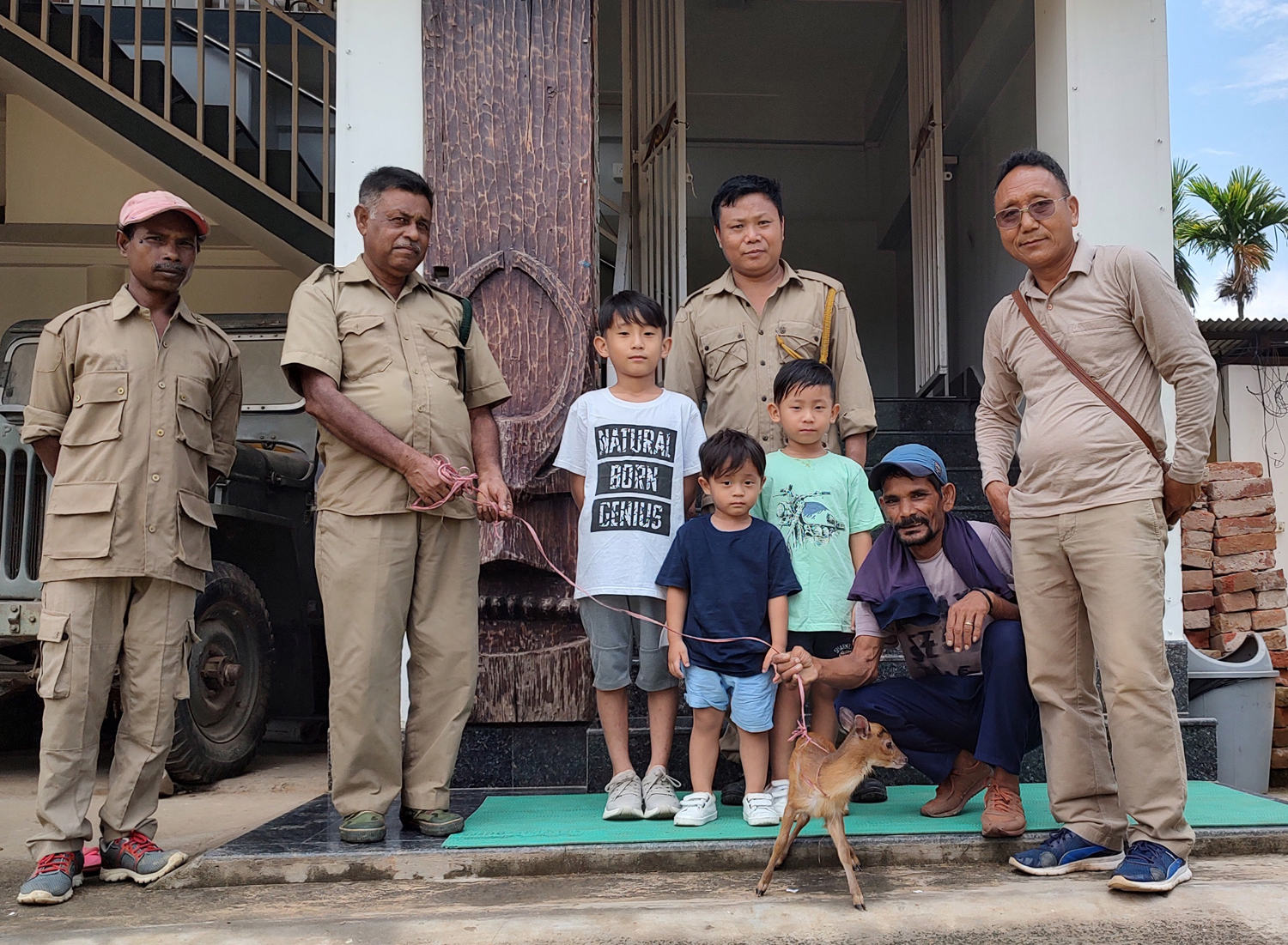 According to an update, director of NZP, Dr. C Zupeni Tsanglai has praised the effort of three kids namely Hithono, Kikimye and Totoi, children of Kevin Yepthomi, to save the fawn.

The director stated the barking deer also known as Indian Muntjacs or rib-faced deer are small deer native to South and South-East Asia and is a Schedule III species protected under the Wildlife (Protection) Act, 1972. She added that the efforts in bringing wild species to zoo for rehabilitation were notable contribution towards the conservation of the declining wild population in the state.