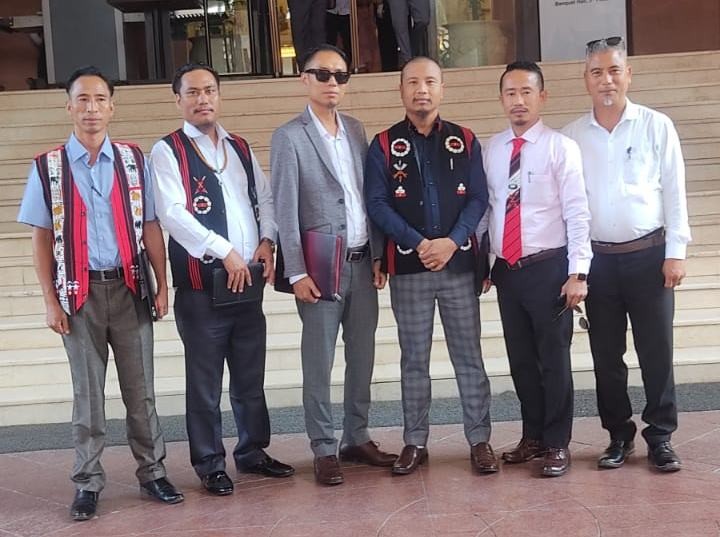 The CFSB team led by Abel Zingrü Thuer after signing the extension of ceasefire with the Government of India today in New Delhi.

DIMAPUR, SEPTEMBER 7 (MExN):The ceasefire agreement between the NSCN/GPRN (Niki) and the Government of India has been extended for a period of 1 year with effect from September 7, 2022 to September 7, 2023.

A press release from the MIP, NSCN/GPRN (Niki) informed that a delegation of NSCN/GPRN (Niki) CFSB team led by Supervisor, Abel Zingrü Thuer signed the pact of ceasefire extension with the center today at The Hotel Ashoka, New Delhi .

The group left for Delhi on Monday to hold a meeting with Government of India officials in connection with the extension of the cease-fire agreement.

A press release from the Government of India’s Press and Information Bureau also informed that “it was decided to extend the ceasefire agreement with the NSCN/GPRN (Niki) for one year.