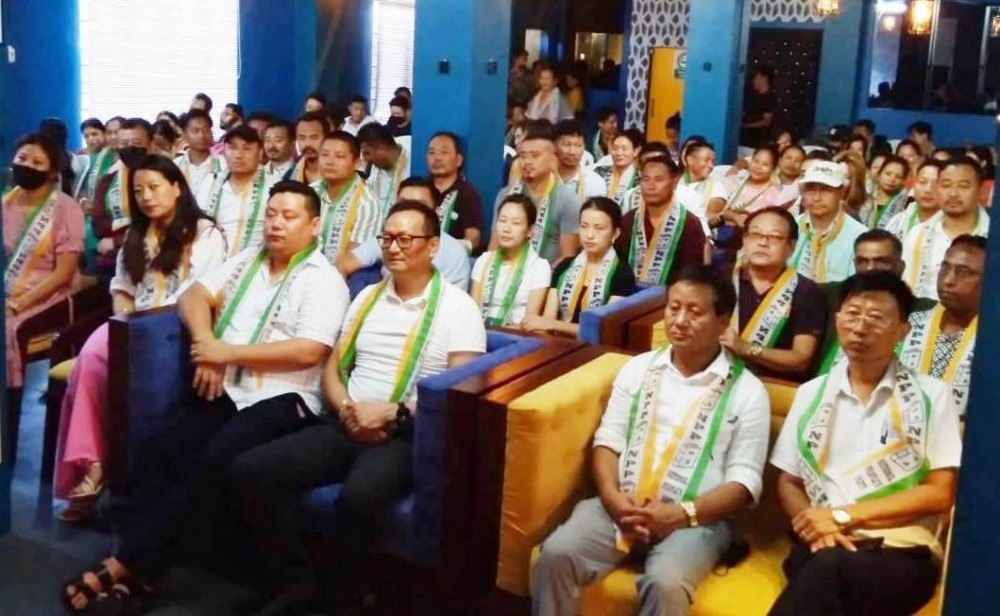 The meeting was attended by around 200 NPP party members from Dimapur-I, Dimapur-II and Dimapur-III constituencies along with NPP district youth, women and minority members, stated a press release issued by NPP Nagaland State.

The State President, Dr Andrew Ahoto Sema rue that “Nagaland was presently in a chaotic condition and only the dedicated effort of the public including the NPP party workers can redeem the state which does not even have basic facilities like good roads, drinking water, electricity , medical colleges, etc. till now despite 75 years of Indian Independence.”

He also lamented that the State was one of the most underdeveloped states and has the highest number of unemployed youths. I therefore called upon the party workers to bring about a positive transformation by electing only virtuous, honest and people-centric candidates in the upcoming elections. Dr Andrew also said that “if elected to power, NPP guarantees ripples of change after the next ULB and Assembly elections.”

During the discussion hour, several agendas including candidacy for the upcoming election, party membership drive, strategies to be followed for the next assembly polls, etc. were discussed during which party representatives from all the constituencies and booth levels committed themselves towards the unity and progress of the party at all levels.

It is worth mentioning that this meeting was part of the 8th leg of district tour carried out by the State Parent Body along with its frontal bodies. Earlier, the parent body officials led by the State President had visited Phek, Wokha, Kiphire, Mon, Peren, Zunheboto and Mokokchung districts.