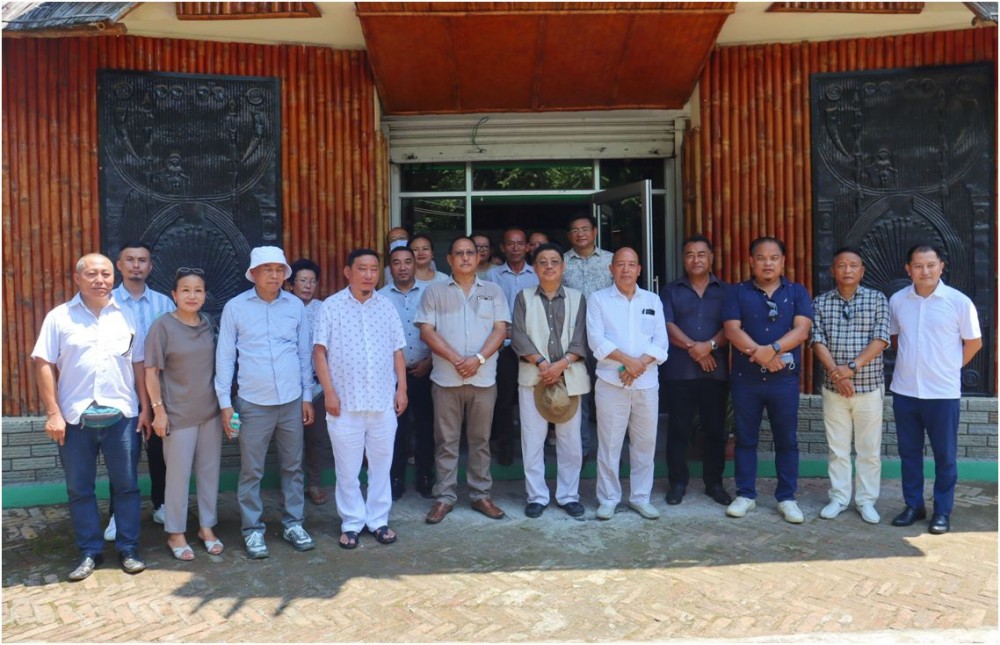 Members of the Committee on Estimates (2022-2023) with the officials of the Nagaland Legislative Assembly, Secretariat & Bamboo Mission.

The team was led by chairperson of the committee Dr Chotisuh Sazo, along with officials from the department of Municipal Affairs (Kohima Smart City Project), Nagaland Bee-Keeping and Honey Mission and Nagaland Bamboo Development Agency, according to a press release received on Monday .

During the visit, it was informed that the current timeline for completion of the two multi-level car parking projects was for 24 months (October 10, 2020). However, the pace of work slowed down and work got delayed due to the COVID-19 pandemic. The Committee, therefore, advised the Department to expedite work and finish the work as per the given schedule, the release stated.

According to the release, on the second day, the Committee visited the material recovery facility and compost plant at 7th Mile, Shukovi road, Chümoukedima to take stock of the ground realities of work being carried out by the Chümoukedima Town Council. It stated that the department concerned had raised some of its grievances and proposed for machinery assistance for better management of the waste system.

The release stated that the Committee advised the officials of both the NBDA and the NBHM to work harder and come up with more innovative ideas and creativity in the future, stating that the two missions have a lot of scope and potential in the state for creating self -employment and generating additional income for the household.