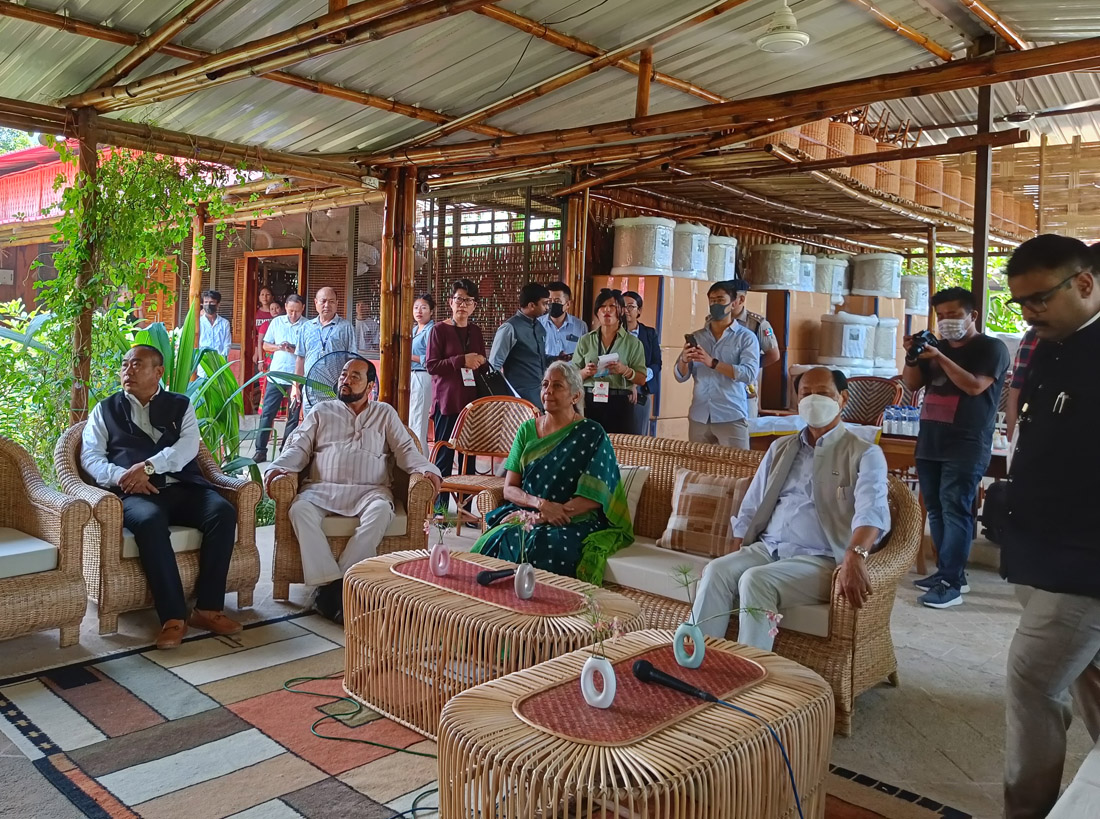 The facility is a Corporate Social Responsibility (CSR) initiative of Boeing India, implemented by Doctors For You in collaboration with Department of Health and Family Welfare and Investment and Development Authority of Nagaland (IDAN).

Considering the increasing incidence of chronic renal failures, the hospital is unable to meet the demands for dialysis services, and as a result, patients are compelled to seek treatment elsewhere, leading to undue physical, mental and financial burden to patients as dialysis is required every few days, she shared.

She stated that in the midst of acute shortage of dialysis facilities, Boeing India came forward to set up an upgraded dialysis center at District Hospital Dimapur as a CSR Initiative, to bridge the gap in healthcare access to basic life-saving services, not only for the people of Dimapur but also for the needy patients from across the state and the adjoining areas in Assam.

Furthermore, the department of Health and Family Welfare and Doctors For You, a Delhi-based NGO, have signed a Memorandum of Association (MoA) for strengthening the public health system in the state through CSR funding.

The MoA is the umbrella covering activities that Doctors For You is willing to undertake for the state, she informed.

Metha added that the dialysis center will be initially managed jointly by the hospital management society of District Hospital Dimapur and Doctors For You for a period of 10 years.

The cost of treatment (dialysis) during the initial stage will be INR 2500 and reviewed after a few months, she informed.

“This project is not for profit but a self-sustainable project, and therefore, after six months we will review the price and see if it is too much or less, but we will assure that the cost will be less than other hospitals,” she stated.

It was informed that the profits from the center will be used for maintenance of equipment and upgrading of the facility. The machines were said to be imported from Germany and the center was set up in a record time of three weeks.

The constant occurrence of robbery at the District Hospital Dimapur has become a matter of grave concern for the hospital authorities.

Speaking to journalists on Wednesday, the hospital authorities said that they were worried if thieves will break in and steal various items at the facility as there are no security personnel.

Batteries from numerous vehicles, inverters and even ambulances have been stolen, it was reported.

They said that all the (electrical) wires in the new building were stolen and had to be replaced at a cost of nearly INR 10 lakh, adding that thieves had broken into the dialysis center a few days ago and taken away all the wires, because of which they had to replace it.

The burglars also tried to steal the air conditioner but failed as the sound they made woke up the workers, they said.

The authorities also said that there were only two night watchmen, which is not enough for the whole hospital. “We do not mind even if we have a local vigilante and so we will be very happy if some vigilante comes in at night to see the place.”

The Finance minister also visited Heirloom Naga at Sovima, where weavers and artisans demonstrated their work.

Jesmina Zeliang, founder of Heirloom Naga, shared that the weaving center allows them to promote, preserve and continue their traditional customs, as well as allow them to use natural resources, practices and generate employment at the grassroots level.

“But chiefly, I am very passionate about our contribution to women empowerment, as you might know, unlike other societies, in the Naga society, textile sector is relegated only to women, and therefore, we take great pride in partnership with our women, ” she stated.

She further informed that in Dimapur, the sector is currently working with more than 450 women weavers and around 300 male artisans and their works are sold in about 11 countries.

“Till date we have exported to more than 30 countries and in our span of work over the last three decades since we started in 1993, we have trained and nurtured thousands of artisans not only in Nagaland but in the neighboring state of Assam, Tripura, Meghalaya and Manipur,” she added.