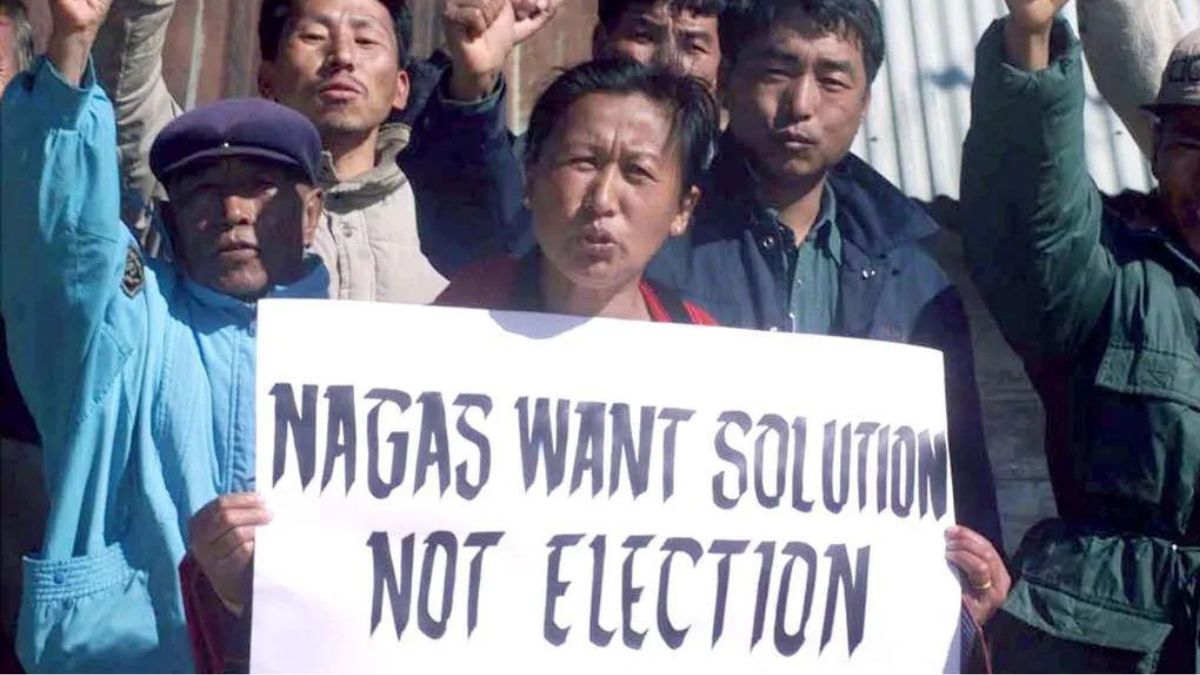 Dimapur: The Naga people under the banner of the Nagaland People’s Action Committee (NPAC) held a mass rally demanding an early solution to the decades-old Indo-Naga political issue at Supermarket here on Friday.

The speakers at the rally, which witnessed a huge turnout, said in unison that the Naga people have already suffered enough. They asked if 25 years of negotiations are not enough to resolve an issue.

All the business establishments remained closed in Dimapur town from 10 am to 12 noon during the rally while schools in the district declared a holiday on the day as per the request of the NPAC.

Speaking at the rally, NPAC convener Theja Therieh said the Naga political movement is nobody’s private property, adding it is the people’s movement.

“It is time for the people to take a call on the issue,” Therieh stressed.

Therieh also sought the endorsement of the people to represent their voice on the matter.

“If 25 years of negotiations cannot bring any solution, leave the issue to the people. We will decide our own future. We will decide where we will go from here,” he said while addressing the media after the rally.

One of the speakers queried if the political talks had concluded on October 31, 2019, as declared by former Nagaland governor and former interlocutor for Naga peace talks RN Ravi in ​​the Nagaland Assembly, and what is delaying the solution.

He said: “As stakeholders and as sons of the soil, we have every right to ask the government of India to give us what has been promised.”

Another speaker said: “It is time to tell the Naga political groups we are behind you, and so find the settlement.”

The NAPC also submitted a representation to Prime Minister Narendra Modi, through the Nagaland governor, to implement an early solution to the concluded political negotiations without any further delay.

“The rally is a firm signal to the government of India that the people of Nagaland will welcome the political solution and uphold it under any circumstances,” the representation asserted.

It pointed out that the unending political process has adversely affected the lives of each individual and family in Nagaland.

Stating that it has taken a huge toll on the entire system of governance, the representation said the unresolved political issue has heralded an unimaginable cycle of corruption at all levels, crippling public health care, education and overall infrastructure development.

“The unresolved Naga issue has produced countless scoundrels and thieves and in the name of a political issue, threats and intimidation have stifled the growth of a perceived Naga society, which you assured would be a vibrant one,” the representation told the PM.

Here’s Why Gond is Must in Winters