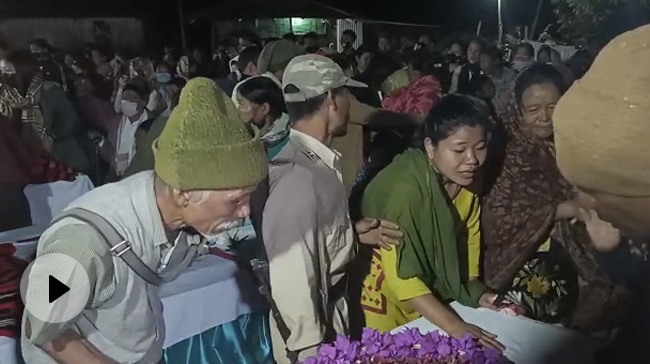 In the village of Oting in Nagaland, mourning has many faces today. A woman became a widow 12 days after her wedding. A father battling cancer. A mother who thought her children would take care of her in her old age. Everything was lost in a few moments on Saturday, when 12 villagers were killed in an army ambush that went terribly wrong. About 300 km from the capital of Nagaland, Kohima, hundreds of villagers were fired last night from 12 youths in the village who were killed by army soldiers in which the Union’s Interior Minister, Amit Shah, he called the case a “misidentification.”