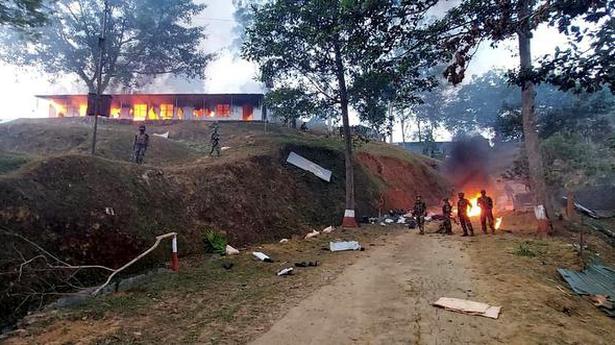 “The state government has condemned the incident in the area of ​​Oting village in Mon district, which killed 13 civilians,” Nagaland chief secretary J. Alam said.

The Nagaland government announced on December 6 a former pardon of 5 lakh ₹ each to the families of the 13 people shot dead by security forces in Mon district, where Chief Minister Neiphiu Rio will hold a visit on December 6th.

Read also: The army regrets the killing of civilians in Nagaland; orders the Court of Instruction

The state government also decided to set up a high-level special investigation team (ITS) led by a PGI-level officer to investigate the incident that took place on the evening of December 4, according to an official statement. .

“The state government has condemned the incident in the area of ​​Oting village in Mon district, which killed 13 civilians,” Nagaland Chief Secretary J. Alam said in a statement. the statement.

He said a reward of 5 lakh ₹ will be paid to the closest relatives of the 13 dead, while the state government will bear the cost of medical treatment of the injured.

Thirteen civilians were killed and 11 others were injured by security forces in two consecutive shooting incidents, the first of which was possibly a case of misidentification.

He said two state government helicopters were put into service for emergency aid operations and four injured people were flown from Mon to Dimapur to receive additional medical treatment.

Mr. Alam said Deputy Chief Minister Y. Patton, who was in New Delhi, rushed back and went to Mon directly from Guwahati.

“No stone will be left unturned”

Chief Minister Neiphiu Rio will visit on Monday morning, December 6, accompanied by his cabinet colleagues and senior government officials to conduct an on-site assessment of the situation and respect the deceased, he said.

Mr. Rio will interact with state government officials and leaders of civil society organizations on Monday.

Read also: Explanation What is AFSPA and where is it in force?

“The state government is reassuring the people that no stone will be left unturned to ensure that justice prevails and that appropriate action is taken in accordance with the law of the land,” he said. Alam.

Meanwhile, the NSCN (IM), which is holding peace talks with the Center on the Naga political issue, condemned the killing of civilians by security forces and said it was a “black day” for the people. naga.

“Such a barbaric act of killing innocent people is against humanity and those responsible for these heinous acts should be brought to justice,” he said.

An inevitable outcome, but Justin Langer was let down by Cricket...