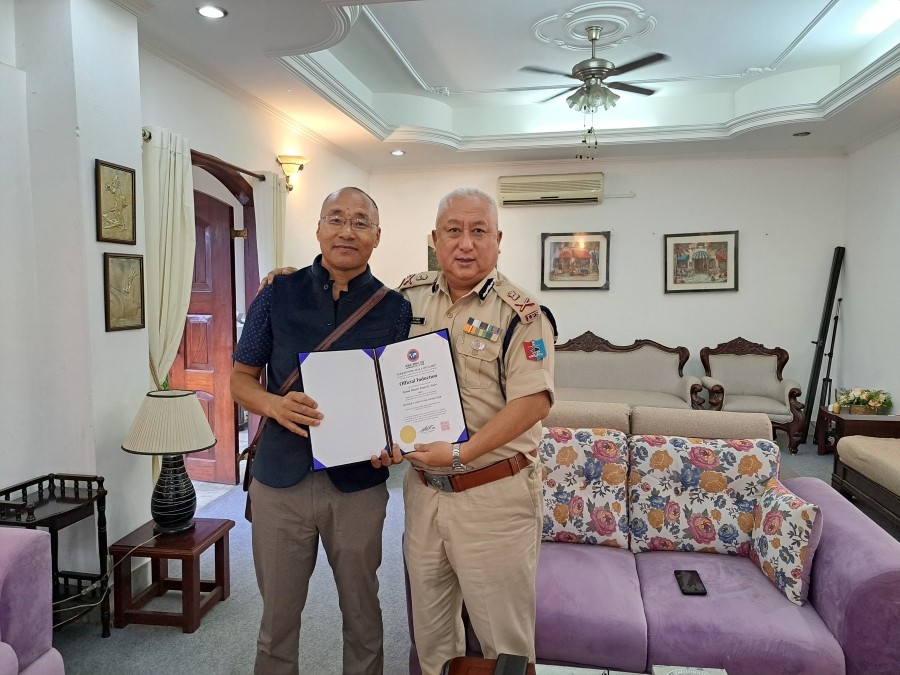 A press release received here stated that Longkumer praised Israel for his lifelong achievements in the field of Taekwon-do and for bringing laurels to the Police department in particular and Nagaland State and India in general.

Israel met Police Chief and his Deputies of Jersey City Police during this historic trip to the United States. As a welcome gesture, the Police Chief honored him with a police badge/shield as a respect to fellow Police Office. This gesture has brought a good international relationship between the Nagaland Police department and the Jersey City Police department, the release stated.

The DGP acknowledged the deed of Jersey City Police and stated that this is a new symbol of unity and brotherhood between the police officers of Nagaland State of India and Jersey City, New Jersey of USA.