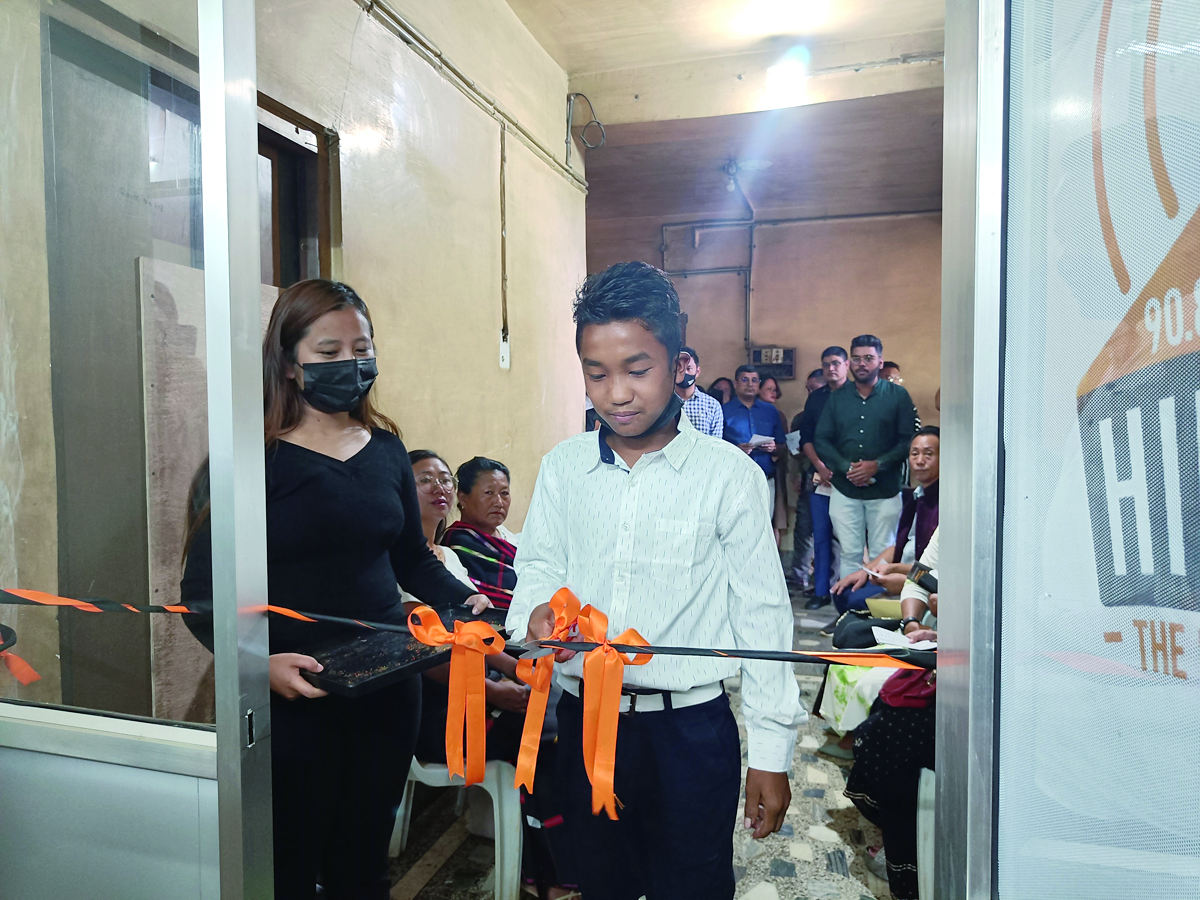 President of Hills FM, S Hukavi Zhimomi, said 90.8 Hills FM is the first community radio station in Nagaland set up with the aim to educate, inform, promote and entertain the community

Zhimomi said they chose Khahwang as he is one of the youngest members in society and they want to promote him so that he could become a servant of God in the future. He said Dimapur being a cosmopolitan city, the community radio station was set up keeping in mind the diverse communities living in the city.

The managing director of Hills FM, Imali Hesso, said the radio station is open to all communities and invited everyone to be part of the project.

“Radio can be much underutilized but we believe it is going to impact our people, especially Dimapur being a commercial hub,” she said and added that radio could actually be a very strong source of medium.

She further informed that the station would broadcast in English, Nagamese (Saturday) and Hindi (Tuesday and Thursday).

Hesso said at present they are covering Dimapur, Chümoukedima, Niuland and parts of Assam till Bokajan. She said Hills FM’s vision is to be the voice of the people and highlight the current grievances of society, promote local talents and businesses, disseminate information and inspire the community to build a better future.

Vitono Haralu, an RJ of the station, said community radio caters to a wide audience and so the tradition of listening to one another is something they are using as USB. The idea of ​​community radio is “heart to heart and real talk and we want to bring in the community,” she said.

“We are not duplicating but extending the horizon and creating the ecosystem where everyone can survive, thrive and do something for each other,” Haralu added.

Stating that the motto of the station is “The voice of change”, she said the whole idea of ​​the community radio is to be heard.

“We need the help of everyone to bring in stories that will inspire others,” she said.

Under the category of ‘stories by fire,’ I informed that any citizen could send stories through recording or scripts.