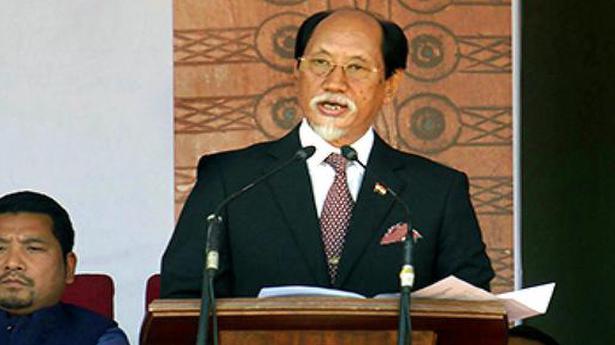 “Dialogue and negotiations between the political groups in the Center and Naga have reached a stage that gives us hope for a speedy solution,” Nagaland’s chief minister said.

Nagaland celebrated its 59th State Day on Wednesday with Chief Minister Neiphiu Rio saluting the people of the state.

Mr. Rio, on the occasion, said that the state with special provisions (Article 371-A of the Constitution), occupies a unique position in the Indian Union.

The CM has stressed that the people of the state are eagerly awaiting a solution to Naga’s political problem.

Pursuant to Rule 371-A, no act of Parliament shall apply to the State of Nagaland in matters of religious or social practice of Naga, customary Naga law and procedure, administration of civil or criminal justice involving decisions. in accordance with Naga’s customary law and ownership and assignment of the land and its resources.

“The dialogue and negotiations between the political groups in the Center and Naga have reached a stage that gives us hope for a speedy solution,” he said.

On the part of the government, he said, all the elected leaders of the state have come together to form a government without opposition, the United Democratic Alliance, in its effort to facilitate a speedy solution to the issue.

“Through this single front, we aim to convey the voice of the people to all the agents involved in the negotiations,” he said.

Nagaland is the first northeastern state to branch off from Assam as the 16th state of the Union of India.

Speaking at Nagaland Civil Secretariat Plaza in Kohima, Mr. Rio said: “As we celebrate this day, our hearts are filled with gratitude to all our leaders, who played a pioneering role in the creation of Nagaland as the sixteenth state of the Union of India. ” The CM also said that despite the successes in various areas, such as health, education and infrastructure, much remains to be done and the government is committed to taking the necessary measures for the overall development of the state. and to ensure that people have opportunities for growth and growth, progress, progress.

Noting that the state has been fighting the COVID-19 pandemic for almost two years, Mr. Rio said the government has been constantly monitoring the situation and has made timely decisions that have helped us deal with the first and second waves effectively.

Taking the opportunity, Mr. Rio appealed to the people to continue to monitor and take all preventive measures, as “we open and start the festive season in the state, especially the 10-day Buceros Festival, starting today, which Christmas will follow ”.

He said vaccination against COVID-19 in some district pockets is a matter of great concern, lamenting that some perpetrators are spreading misinformation and misleading people about inoculation on social media.

Arguing that the state has experienced a drought-like situation this year, he assured that the government, in order to deal with the delayed and erratic rains, has implemented a crop contingency plan.

This will help affected farmers with input support during the Rabbi season, he said.

The school education department has begun to implement the National Education Policy 2020 gradually, he stressed.

Listing the list of development initiatives that his government is carrying out for the welfare of the state, Mr. Rio called on everyone to work in unison to move the state forward on the path of peace, growth and development.

The CM, during the program, launched the Nipun Bharat Mission, a national initiative that aims to achieve the goal of universal literacy competence and basic calculation for each child.