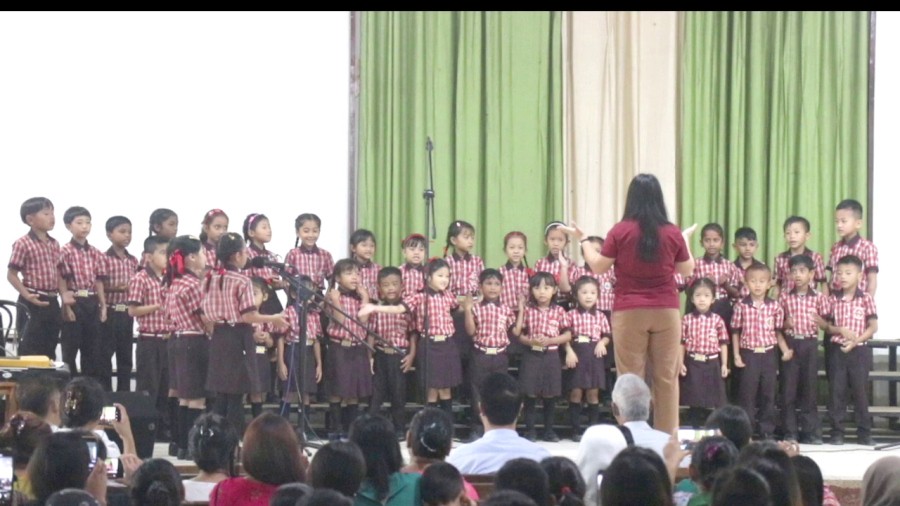 Students of class A to 2 drew the crowd with the song ‘You raise me up.’

PHS Ensemble with their blend of instrumental sound presented simple music with all age groups working together, performing blues harmonies and a traditional English melody.

The Music Club of Class 3-10 presented ‘The Runaway’ by Joe E Parks. The performances at the auditorium enthralled the audience taking them through the story of Jonah with solos and choir numbers in addition. Between songs the drama included a teacher reflecting with his students about the story, whilst other students acted out Jonah’s experiences. The younger audience were easily engaged with the story with Jonah and the whale grabbing their attention.

‘Blues’,’ He who would Valient Be ‘were two of the musical items performed along with song numbers such as’ The Great Escape’, ‘Big Fish’, ‘Three Horrible Nights’,’ Please, Forgive! ‘,’ If I were a ‘Big Enormous Fish’ and ‘God is Kind’.

Message for BJP in berth for NPF in Nagaland Cabinet

Priyanka Chopra asks Seth Meyers the question she was asked during...