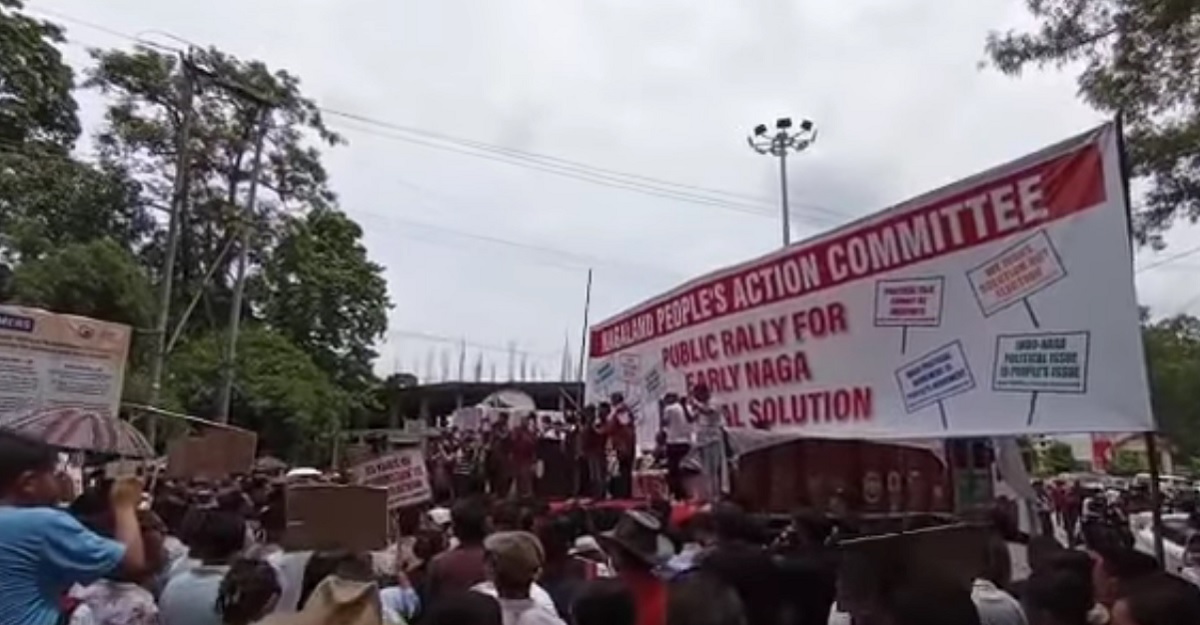 DIMAPUR: The mass rally called by the newly formed Nagaland People’s Action Committee (NPAC), demanding an early solution to the vexed Naga political issue was taken out on Thursday at the Supermarket locality in Dimapur.

Hundreds of protesters took to the streets at the Supermarket area in Dimapur in Nagaland demanding an early settlement of the Naga political issue.

The committee had urged all the citizens of Dimapur and neighboring districts to support the call for peace and solution to the Naga political issue and participate in the rally.

The Dimapur District Citizens’ Forum and the Dimapur Chamber of Commerce and Industries also extended support to the rally called by the NPAC.

All business establishments at Dimapur in Nagaland kept their shutters down during the rally.

In Kohima, Phek, Mokokchung and Shamator in Nagaland, business establishments kept their shutters down during the rally period.

The NPAC organized the rally to put pressure on the parties concerned for settlement of the Indo-Naga political issue at the earliest.

The NPAC has also written to Prime Minister Narendra Modi calling for an early solution to the Naga political issue.

Northeast Now is a multi-app based hyper-regional bilingual news portal. Mail us at: contact@nenow.in More by NE NOW NEWS