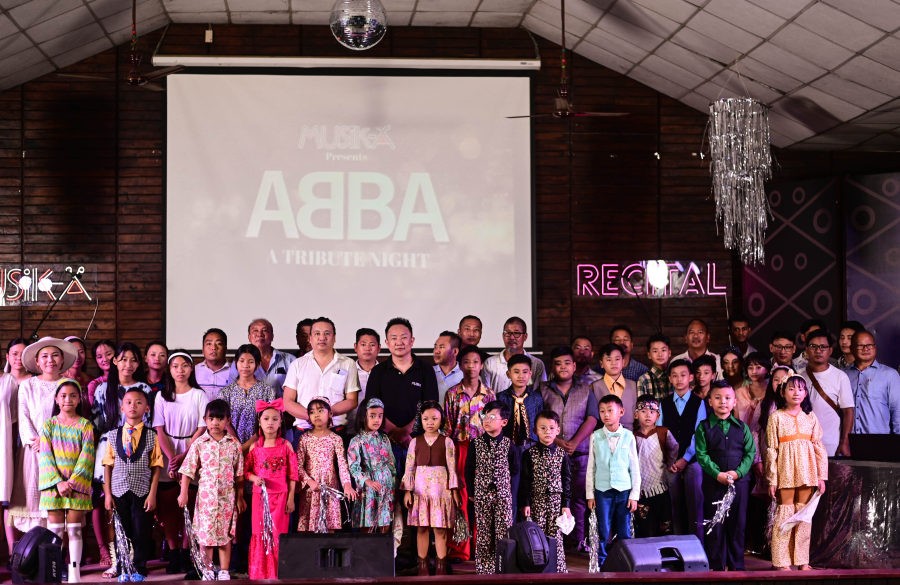 Chümoukedima, July 18 (MExN): The Musik-A (Alobo School of Music), Chümoukedima branch organized the ‘ABBA a tribute night’ at Chümoukedima Town Council (CTC) hall on July 16 as part of their summer recital. Musik-A hosted its annual summer recital from July 11 till 16.

In the 90 minutes show, the students from the age 3 to 18 years came together and sang the hits from the legendary group ABBA, stated a press release from the organizers.

Alobo Naga, Director, Musik-A School in his welcome address stated that recitals are an extension of their music classroom learning. They believe that every time a child goes up on stage to perform they learn how to face the audience, confidence, courage and also learn what to do and not to do on stage.

“This is the reason why they always make their recitals more like a concert with real audiences. Naga stated that most of the parents love songs from ABBA, so in order to entertain and show appreciation to the parents, they did the ABBA tribute night as the finale of the summer recital, ”he stated.

The program was graced by Z Kasheto Yeptho, Class 1 Contractor and intending candidate for 2023 General Election from Ghaspani 1. “Music is one industry were you don’t need to purchase, or do corruption but it depends purely on your talent and nothing else , you just need to grab with both hands the opportunity, the stage to take off, ”Yepthomi stated. The chief guest also requested Alobo Naga to help underprivileged talented children in learning music and talents gifted by God is with them also.