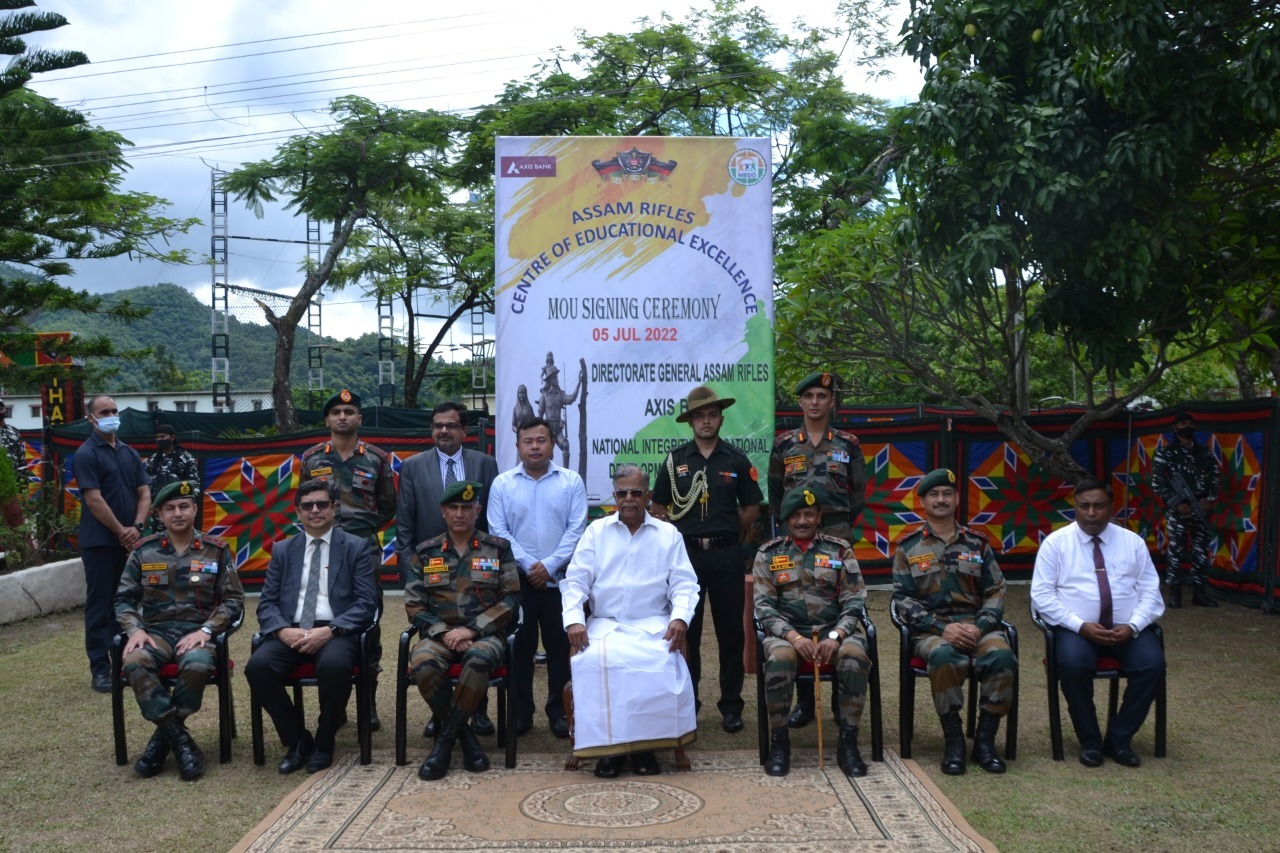 Dimapur, July 5 (EMN): In a bid to secure a better future for the youth of Manipur, the Assam Rifles has signed a tripartite MoU with National Integrity and Education Development Organization (NIEDO) and Axis Bank to establish “Assam Rifles Center of Educational Excellence.”

The Assam Rifles Center of Educational Excellence in Manipur is the second institute in a series of initiatives that aims to transform educational opportunities in India’s remote locations.

The MoU for the first Assam Rifles Center of Educational Excellence in Nagaland was signed on May 13, 2022.

An update issued on July 5 informed that the center which is to be located at Kangvai in Churachandpur district has been conceptualized as a year-long fully residential coaching and mentoring facility for students from economically weaker and under privileged sections of Manipur for prestigious competitive examinations like NEET and JEE.

The project is expected to be fully functional for the first batch of 30 students by the first week of August 2022.

During his address, DG Assam Rifles appreciated the efforts of IGAR (South), NIEDO and Axis bank in coming together towards this humanitarian cause which will not only fulfill the drive of immensely talented youths of Manipur but would also usher prosperity and happiness in the society and the state. He highlighted that mentoring will provide value-based education including soft skill training, critical life competencies, leadership capabilities, personal conditioning, wellness programs, vocational training, personality development and end to end grooming to the selected students to help them in becoming a productive human resource for the nation.

The. Ganesan, while speaking as the chief guest, complimented the noble initiative that would optimize the caliber and talent of those children who lack access to high quality education facilities because of poor economic conditions. He further stated that the center will have immense potential towards nation building.