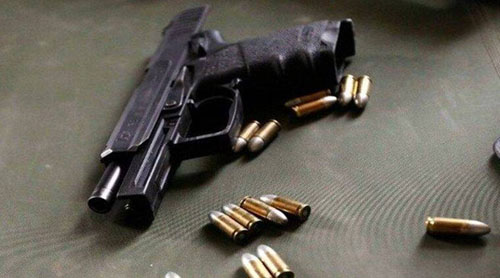 Our Reporter
Dimapur, Sep. 10 (EMN): One person was injured after some miscreants opened fire at him in United colony, Ward 20, Half Nagarjan, Dimapur, on Saturday.

The Deputy Commissioner of Police (DCP) (Crime), Bharat Laxman, informed this newspaper that the victim, a shopkeeper, sustained bullet injuries in the left hand in the shooting which happened at around 1:30 pm on Saturday.

The injured person has been taken to District Hospital Dimapur for treatment and the case is under investigation, according to the police.

Meanwhile, a confrontation between the cadres of Khango Konyak-led NSCN and Dimapur Police reportedly took place at 3rd Mile on Friday night.

However, the police said the incident was a minor one which happened due to a misunderstanding and that the matter has been resolved. Investigation is underway on the matter, it added.

It may be mentioned that the Khango-led NSCN had signed a ceasefire agreement with the government of India in April this year for a period of one year.

Night curfew imposed in Shillong and rest of EKH district