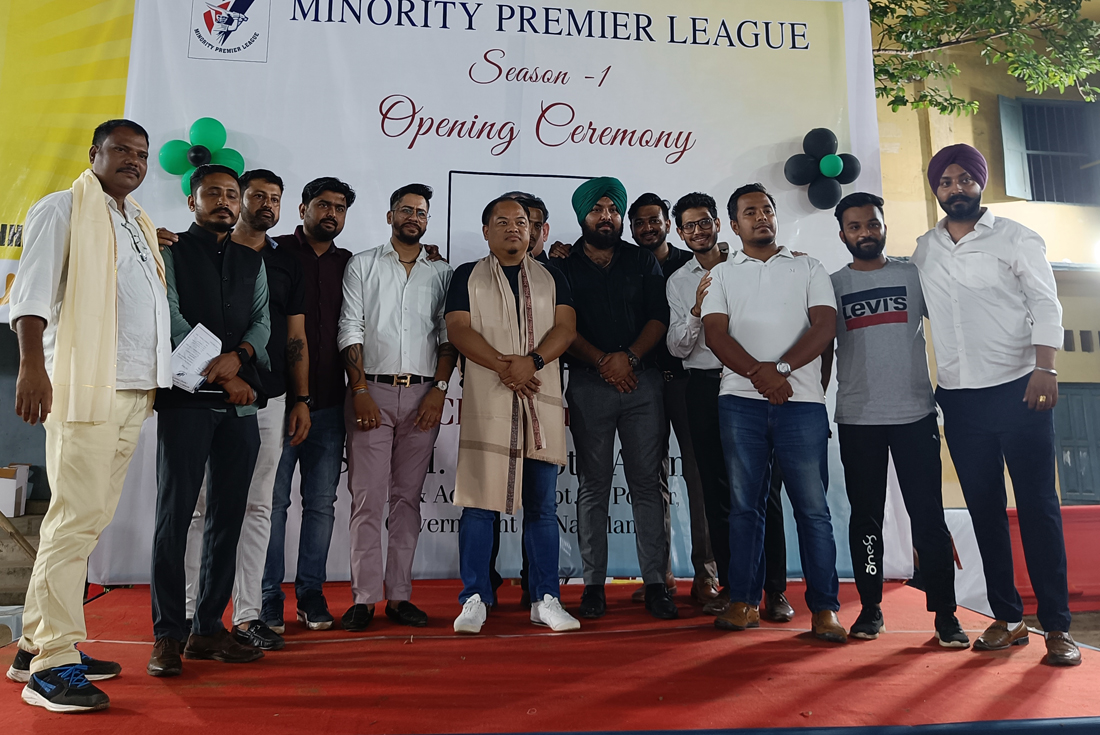 The four-day league was organized in memory of late Partulaiji and late Bimla Devi Jain. It was reported that 10 Samaj namely Brahman, Jain, Bhojpuri, Bengali, Muslim, Punjabi, Maheshwari, Agarwal, Bihari and Telegu Samaj will be participating in the premier league.

The overall prize money for the league is INR 40,000 including individual prizes for man of the match and man of the series.

Ayemi, speaking during the program, appreciated the organizers for the event. He stated that the non-Nagas in Nagaland call themselves a minority due to their less population but stated that they were “bonafide citizens of Nagaland.”

He encouraged them to continue organizing such events in different forms of activities so that the Samaj can come together. He believed that the event will create unity and also bring oneness among the minority community.