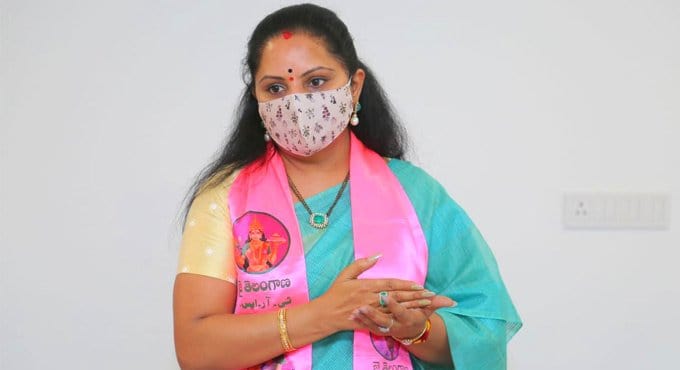 Hyderabad: Former Nizamabad MP and MLC Kavitha strongly opposed the statements by Assam Prime Minister Himanta Biswa Sharma, who stated that as per Article 370, the names of Nizam and Owaisi will also be deleted from Telangana. He wondered why BJP leaders, including himself, feel threatened by the idea of ​​unity.

In a series of tweets, Kavitha said that statements made by Assam’s chief minister in Warangal have once again set out the BJP’s intentions to erase the glorious history of Telangana. He questioned whether BJP leaders forgot the Telangana verdict in 2018, when BJP candidates lost their seats in 107 constituencies in the Assembly.

He said the TRS party was formed from the struggle for the rights of peoples. “We fought for Telangana alone. As promised, so far we have created more than 1.3 thousand jobs for our people and we continue to create pathways,” he added. He recalled that the national unemployment rate under the BJP rule has been rising and is now 8%.

The former MP noted that the initiatives of Prime Minister K Chandrashekhar Rao such as Rythu Bandhu, Kalyana Laxmi and Mission Bhagiratha have been a witness for the whole country. “If you look for these schemes, you will find similar projects (in other states). Curiously, your party changed the name of these Telangana government schemes (nationwide), “he said.

You can now get selected stories by hand Telangana today activated Telegram every day. Click on the link to subscribe.

Everyone In BCCI Asked (Virat) Kohli To Stay On As T20I...