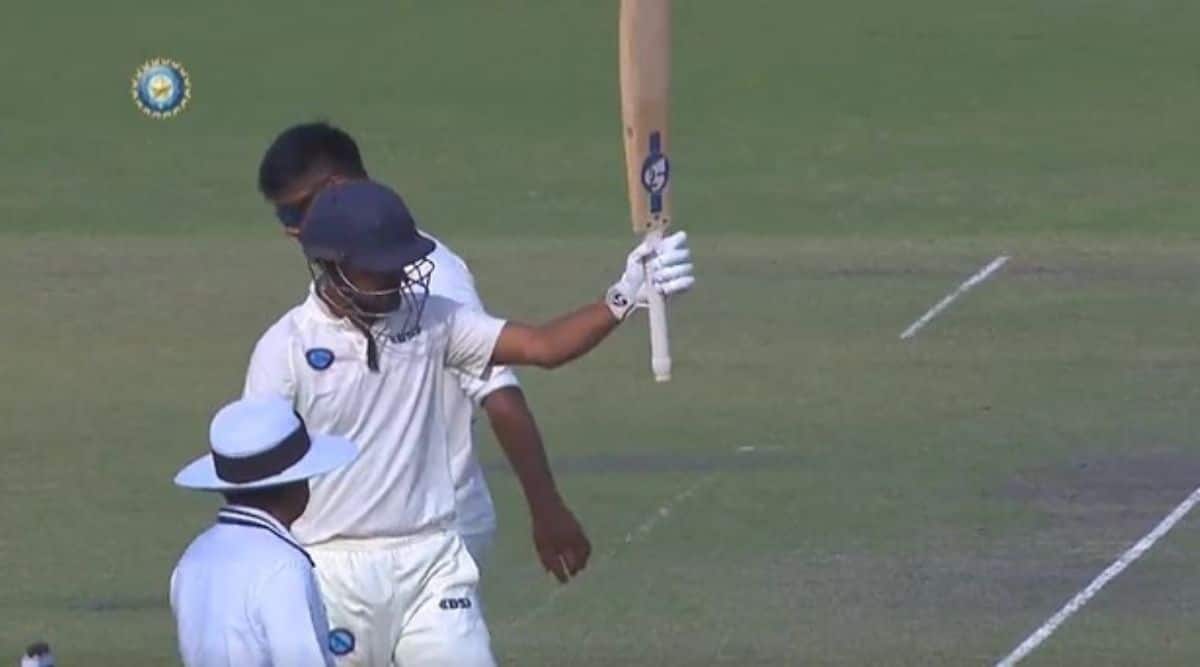 The hard number says Jharkhand posted the fourth-highest total in the history of the Ranji Trophy, 880 all out in the first innings of their pre-quarterfinal game against Nagaland. On the face of it, a mountain of runs doesn’t hold the Eden Gardens pitch in a favorable light. The scoreboard, though, doesn’t always present the true story.

Fourteen catches were dropped during Jharkhand’s innings, Kumar Kushagra being the beneficiary-in-chief. The wicketkeeper-batsman scored a sparkling 266 off 269 balls all right, but he lived charmed lives to reach his highest first-class score. The pitch was greenish enough for Nagaland to bowl first after winning the toss. For the first two hours, they bowled well too. Things went south after that.

Nagaland’s seam attack had the experienced Abu Nechim and Shrikant Mundhe. To start with, however, Jharkhand feasted on Raja Swarnkar’s indiscipline. He bowled on both sides of the wicket, offered too many boundary balls and ended up conceding 106 runs in 18 overs without taking a wicket.

Even Eden Gardens’ curator Sujan Mukherjee was surprised to see Nagaland’s regression as the game wore on. “Until lunch on Day One, Nagaland played pretty decent cricket. They got two early wickets. Then, they were caught in the quagmire of poor catching. They made schoolboy mistakes and almost every Jharkhand batsman benefited from that. After three more dropped chances on Monday morning, Nagaland’s dropped-catches count rose to 14 or 15. It’s a sporting pitch. Bowlers have some purchase, while you can play your shots as well. Don’t think Jharkhand would have crossed 400 if the catches were taken, ”Mukherjee told The Indian Express.

Gradually, Nagaland’s bowling became pedestrian, their field settings at times looked illogical and the team gave up. Their body language turned defeatist long before Jharkhand threatened to cross the 900-run mark, a la Hyderabad against Andhra (944/6 in 1993-94), Tamil Nadu against Goa (912/6 in 1988-89) and Madhya Pradesh against Karnataka (912/8 in 1945-46).

Jharkhand continue to make merry with the bat against Nagaland. 👍

In a changed Ranji Trophy format this season, Jharkhand, the Elite Group H toppers, faced Plate Group winners Nagaland for the final knockout berth and over three days in the pre-quarterfinal, the gulf between the two teams was exposed.

This has prompted the BCCI old hand Prof Ratnakar Shetty to call for a rethink. “See, there’s a huge difference between state associations, who have been playing as full members for several years, and the teams from the north-east. Even Justice Lodha had suggested that one way in helping them grow was to have a combined team from the north-east for some years, but the Committee of Administrators (CoA) in their wisdom chose that each state (from the north-east) should have its own team, ”Shetty told this paper.

That moment when Jharkhand wicketkeeper-batter Kumar Kushagra brought up a double tone. 👍

He added: “Now, you are giving them only three guest players and others are all supposed to be locals. Ideally, they should have been asked to focus on junior cricket, say for five years, and then some of the players out of that would have been ready to play the Ranji Trophy. It’s sad actually. This is only harming the interests of weaker states, as well as the game of cricket. ”

This had been Shetty’s suggestion as the BCCI’s former general manager (development and administration) which the CoA ignored. But there’s also counter-logic.

Nagaland are the minnows, but they were the best team in the Plate Group, in a pool of six, and earned the right to pit their wits against an Elite Group team in the pre-quarterfinal. The CoA’s decision to allow the erstwhile Associate members of the BCCI to play in all national-level tournaments was based on fair representation.

P Bendang Jamir, former vice-president of the Nagaland Cricket Association, said the team needed more time. ”Yes, Jharkhand have posted a total mammoth, but this is a learning process for us. Our boys will learn from this. If you have a combined north-east team, then I don’t think that’s good for individual development, for you are fettering your talent pool. Unless you play against the top teams, how will you improve? And development takes time, ”Jamir told this paper.

Among the north-eastern states, Nagaland has a fairly decent cricket culture, dating back to the 1960s. Nagaland at the moment has three proper cricket grounds and club cricket is played in the state throughout the year. The state team players play club matches and district tournaments, and they had a month-long camp before the Ranji Trophy. However, club cricket in Nagaland isn’t played in multi-day formats and Jamir agreed that this has been an impediment.

For the record, at stumps on Day Three, Nagaland reached 130/4 in their first innings, still trailing by 750 runs.