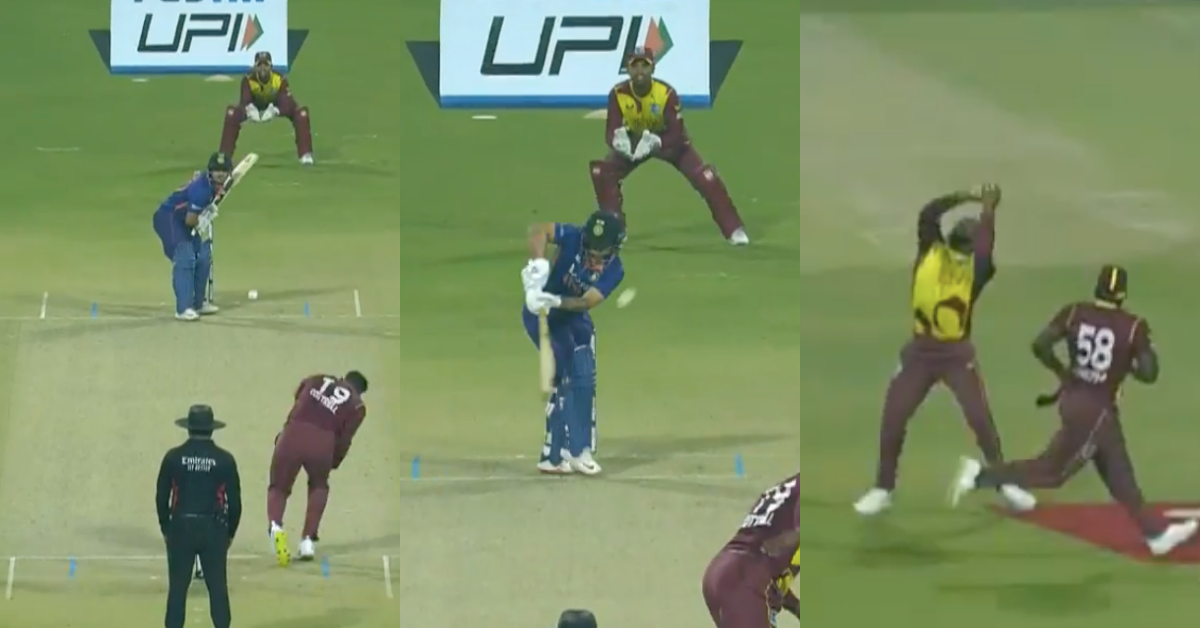 India and West Indies are currently facing off each other in the second T20I in Kolkata. India are leading the series 1-0. Rohit Sharma has kept an unchanged side for the second game which means Ishan Kishan, despite his troubles in the first game is a part of playing XI.

Ishan Kishan had a tough start to his innings in the second game too. He found it difficult to rotate the strike as he came out to open the innings with Rohit Sharma. Windies pacer Sheldon Cottrell came into the bowling attack in the second over. He started swinging the ball straight away which made the southpaw more uncomfortable.

On the fourth delivery of the over, Ishan Kishan slashed to a ball outside off stump and survived a close call. West Indies opted to go for a review, but the decision went in favor of Kishan as the replays showed that the ball did not touch any part of his bat.

In the very next ball, Sheldon Cottrell got the ball to bounce a bit too much and Ishan Kishan was caught just outside the 30-yard circle after the ball took the edge of his bat to get him dismissed. Both the balls from Cottrell added to the drama of this game.

West Indies won the toss and asked India to bat first. West Indies skipper Kieron Pollard is playing his 100th T20I. The visitors need to win the game to stay alive in the series.

“Looks a good track. The last game dew was the factor. We will try to bowl first and limit them to a low total. Continue to execute our skills. We can’t do much in a one day break. One change. Jason is fit. Fabian misses out ” said Pollard at the toss.

“We need to get back to our basics. It is a lightning outfield. Understand the game situation. Bat freely and see what we need to do after Powerplay. As a team, we want to improve in all departments. Whether we finish the game clinically or not, we need to keep improving. We have got the same team ”said Rohit at the toss.

Watch: Ishan Kishan Departs A Ball After He Survives A Close Call In 2nd T20I:

How Webb Telescope is to unfold in NASA’s most complex spacecraft...