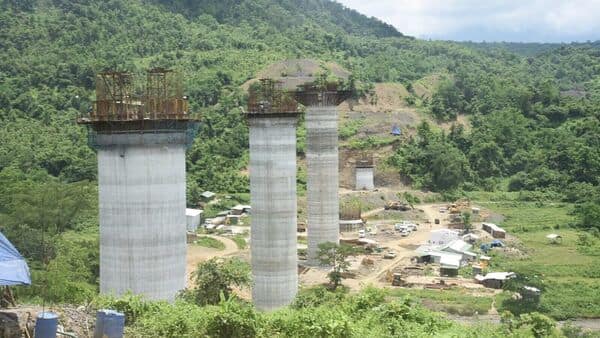 Indian Railways in its mission to connect all the capitals of the north-eastern states in the country has shared the progress report on the work going on to bring Kohima, the capital of Nagaland on the map of the Indian Railways network.

The project of BG line connectivity from Dimapur (Dhansiri) – Zubza (Kohima) (82.50 km) (suburban city of Kohima, the Capital city of Nagaland) in Nagaland was sanctioned in 2006-07.

Indian Railways in a tweet stated that three tunnels have been completed while three are under the advanced stage while 14 tunnels are at the mobilization stage.

Meanwhile, great emphasis has been given by the Central Government towards quick execution of infrastructure and safety projects and funding for infrastructure projects has increased considerably on Indian Railways.

In Arunachal Pradesh, a BG railway line was commissioned in February, 2015 upto Naharlagun (suburban city of Itanagar) and first Broad Gauge (BG) train was started on 20.02.2015 from Naharlagun (Itanagar) to New Delhi.

Long pending and delayed work of Bogibeel Bridge on Brahmaputra river was completed in 2018 leading to a further reduction of rail travel distance from Dibrugarh to Naharlagun (Itanagar) by 705 km (via Guwahati).

In some States, the progress of new line projects of Capital connectivity has been affected mainly due to delay in land acquisition and law & order issues. All these Capital connectivity projects being in hilly terrain of Himalayas involve large number of tunnels and major bridges including very tall bridges in a very challenging geological environment.

Works of new BG lines have been taken up by Railway through Government of India fund to connect the remaining Capitals of North Eastern States ie Meghalaya (Shillong), Manipur (Imphal), Nagaland (Kohima), Mizoram (Aizawl) and Sikkim (Gangtok) . Detail with present status of these projects are as under:

* Thank you for subscribing to our newsletter.