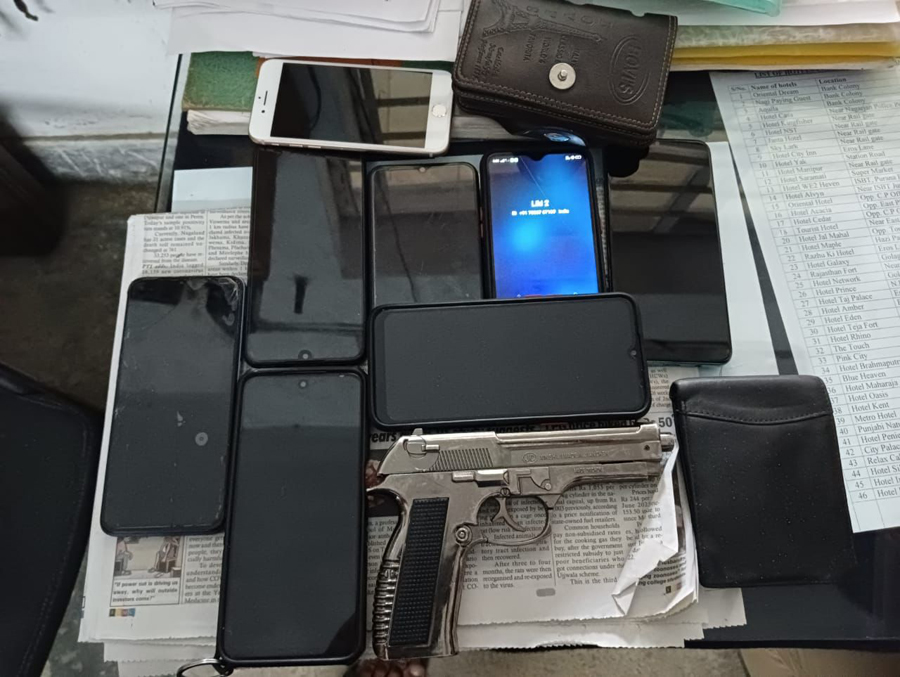 Our Reporter
Dimapur, July 7 (EMN): Five miscreants were arrested on Thursday for an alleged case of extortion from the manager of Bharat Petroleum filling station in Dimapur.

Dimapur Police updated that a special operation team while doing surveillance duty in town, received a call from DAYO about some miscreants, who were allegedly threatening and extorting money from a petrol pump near Hotel Theja Fort.

They said that the team acted swiftly during which a bolero was intercepted near the area. Five people were arrested and recovered one toy pistol, which was used to commit the crime, and eight smart phones from their possession. Following their arrest, a case has been registered at East Police station.

Vice president of Dimapur, Ao Youth Organization (DAYO) and convenor of DAYO grievances cell, Imkongsungkum informed Eastern Mirror that DAYO grievances cell received a call from the manager of Bharat Petroleum, who is also a member DAYO, regarding the incident at around 4 pm, following which he informed Dimapur Police.

He further informed that the police immediately swung into action and caught the criminals around the same location. The miscreants had demanded INR 4000 from the manager, however he was unable to meet their demand since he was not the owner of Bharat Petroleum.

It was reported that the five criminals will be produced in court tomorrow (July 8).

Realme GT 2 Pro Design Revealed Via Teaser Ahead of Debut;...