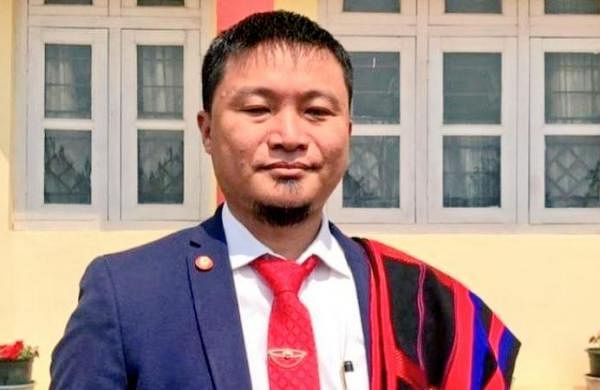 Sangtam, the candidate of the United Democratic Alliance (UDA), is a first-time MLA from the Pungro-Kiphire seat.

The post of deputy speaker had been lying vacant since February 2020.

Saturday was the first day of the Budget session.

In the 60-member assembly, NDPP has 21 MLAs, NPF 25, BJP 12 and there are two Independent MLAs – all of whom joined hands in September 2021 to form UDA for facilitating an early solution to the vexed Naga political dialogue.

Sangtam, 39, won a by-election in November 2020, following the demise of then sitting NPF legislator T Torechu.

He has been supporting the Neiphiu Rio government.

With no other candidate filing nomination, Speaker Sharingain Longkumer announced Sangtam elected to the post.

They also expressed hope that Sangtam would deliver his responsibilities diligently while maintaining the decorum of the House.

Sangtam also sought the support and cooperation of the members in discharging the duty, asserting that he would treat all members equally.