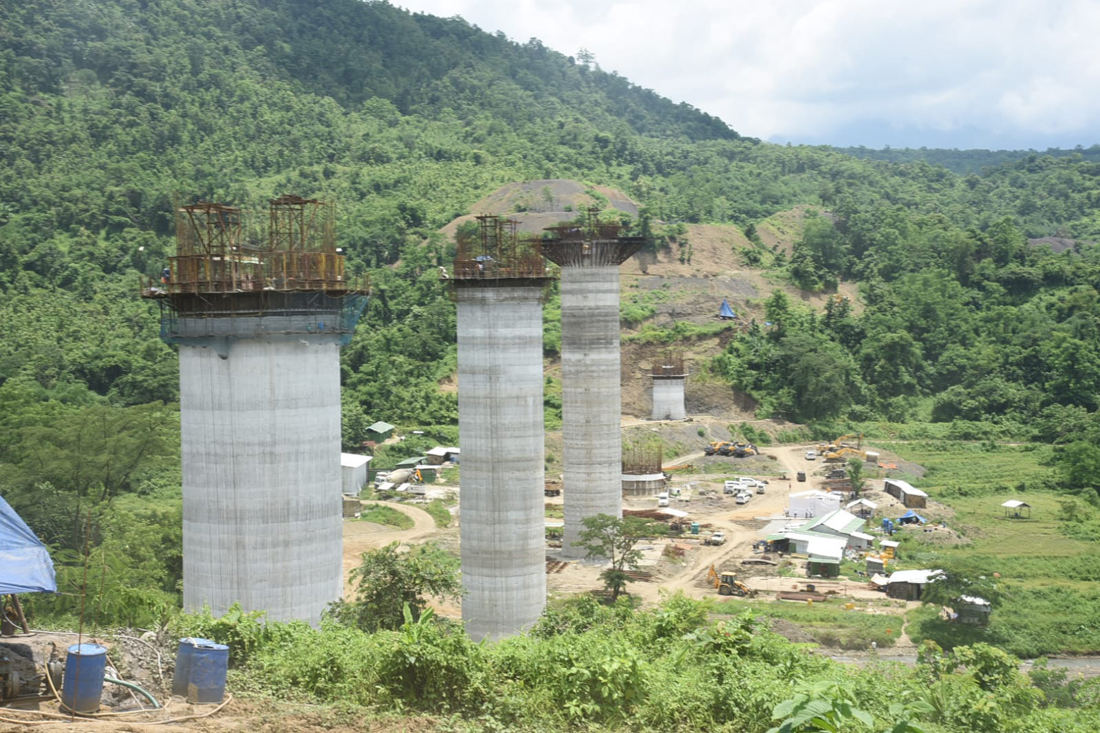 Our Correspondent
Kohima, Sep. 23 (EMN): The much-anticipated railway line from Dimapur (Dhansiri) to Kohima (Sechu-Zubza), which will bring Nagaland’s capital city onto the railway map of the country, is expected to be completed by 2026.

Minister of Transport, Civil Aviation, and Railway, P Paiwang Konyak updated during the just concluded session of the 13th Nagaland Legislative Assembly that the railway project was initially targeted to be completed by 2024 but was extended to 2026 due to several reasons including the COVID- 19 pandemic.

He said some of the reasons for the delay of the project include land acquisition issue, heavy monsoon rains, short working season, non-existence of approach road to the project site and fresh cutting that had to be undertaken to reach the project site, besides the pandemic-induced lockdowns following the outbreak of the disease in 2020.

The 82.50 km-long Dimapur-Dhansiri to Kohima-Sechu rail line is a National project, which is being monitored by the office of the Prime Minister as part of the Act East Policy, and is estimated to cost around INR 6,648 crore.

Konyak said the vision of the Government of India is to establish rail connectivity up to Moreh in Manipur.

Meanwhile, he also informed that the government of Nagaland has proposed passenger train services from Dimapur railway station to Tuli in Mokokchung district and Naginimora in Mon.

Giving an update on work progress of the Dimapur to Kohima (Sechu) the broad gauge rail line, the minister said the first phase of the project has been completed, while the final phase is targeted to be completed by 2026.

An official of the Northeast Frontier Railway had also updated in June this year that the project was progressing at a fast pace and would be ready by March 2026.

The Northeast Frontier Railway had informed earlier that the project will have eight new stations, 22 major bridges, 165 minor bridges, 35 road over bridges/ road under bridges, and 31 km of tunnel work.

The Ministry of Railways also updated last month that the Dimapur-Kohima railway project was progressing with three tunnels completed, three under advanced stage and 14 at mobilization stage.