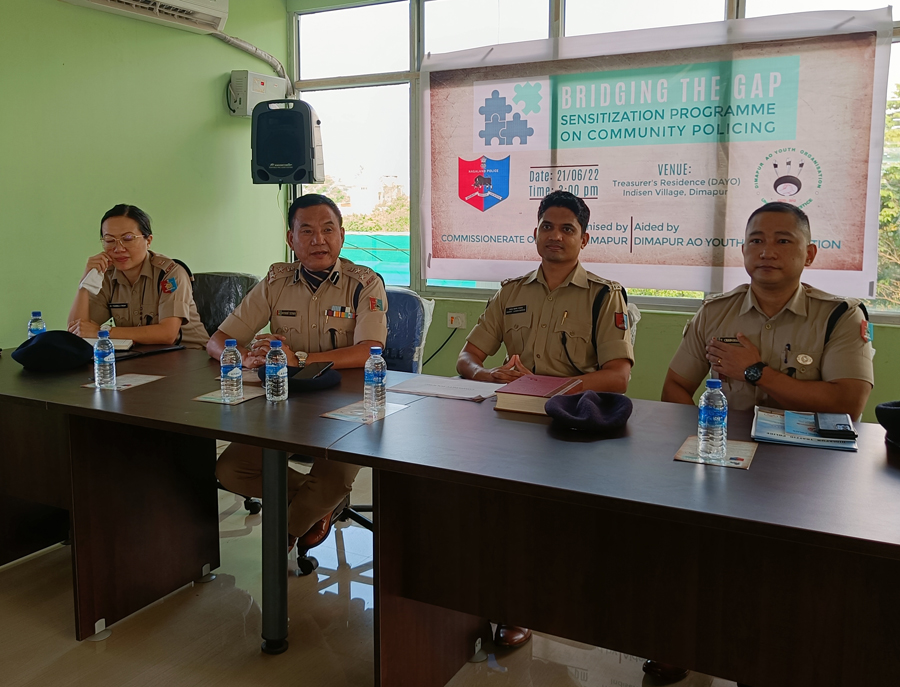 Our Reporter
Dimapur, June 21 (EMN): Commissioner of Police, Dimapur, Rothihu Tetseo on Tuesday said that people complain about extortion by various unions and organizations, but not as much about ‘extortion’ done by voters during election time, which is a ‘very serious issue’.

He said that during the election, intending candidates spend about INR 2 crore “because the voters demand that until they are paid this much, they will not vote (for a particular candidate)”.

In the 60 constituencies, he claimed that the extortion was done by voters within a short time of 45 days came to about INR 2200 crore.

He also stated that most of the Naga communities even force their candidate to work only for their own constituency.

Further, he said that an important element missing from the society was unity.

Tetseo also said that the citizens have many complaints about theft and other issues but there are no complainants, and so there is no case.

“If we have to file the FIR, we will investigate the case, charge sheet the case and will go to the court to stand as a prosecution witness, but when the police alone stand like that then it is not admissible, and therefore the participation of community and complainants is needed, ”he added.

Dr. Tiamenla Phom, Dy. Comdt. 7th NAP Bn., Meanwhile, said that the main philosophy of community policing is that ‘every citizen is a policeman without uniform and every policemen is a citizen in uniform’.

‘It is a proactive policing approach where police and people work together to ensure the safety and security of citizens,’ she said.

“If the philosophy of community policing is not understood by all of those who are involved, then the programs will not succeed,” she added.

She further shared that some points which need to be discussed with the community and NGOs include traffic management, intelligence collection, maintenance of law and order, preventing and detection of crime, crimes against women and children, and cyber security.