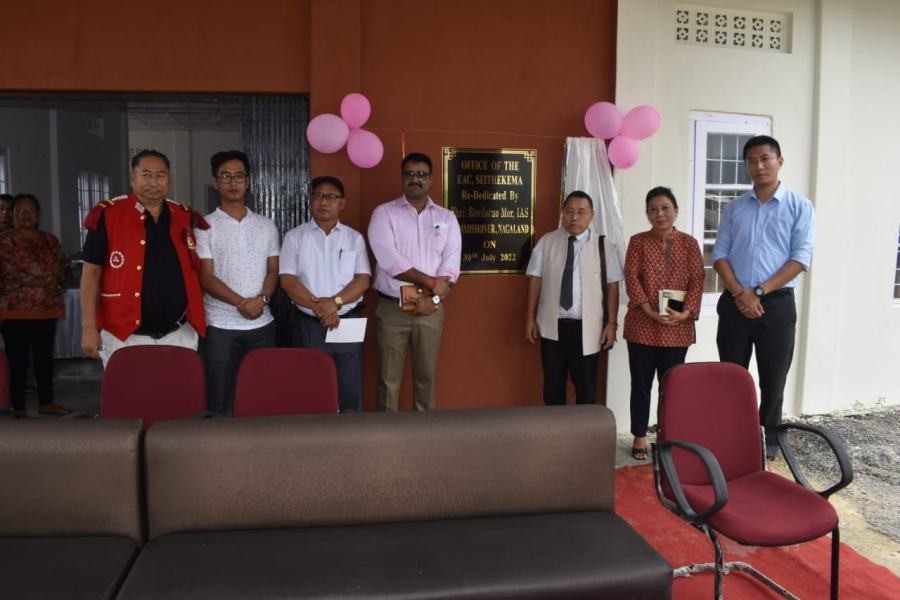 Chümoukedima, July 31 (MExN): A program was held on July 30 for the rededication of the office of the EAC Seithekema.

The program was graced by Rovilatuo Mor, IAS, Commissioner, Nagaland who noted that the office is conveniently located to benefit all Nagas and can be further developed to become a model administrative circle.

I have encouraged the villages under Seithekema Circle to come together for the development of the administrative headquarters. He further expressed his optimism that the circle headquarters has the potential to be developed as a town council in the future.

Speech on behalf of the district administration was given by Abhinav Shivam, IAS, Deputy Commissioner, Chümoukedima, who expressed his happiness that the circle is fortunate to have an able and dedicated area officer and with the rededication of the office, villages under Seithekema Circle can be administered with greater efficiency and ease. Benediction was pronounced by Kelezhalie Nagi, Pastor, Baptist Church, Seithekema.