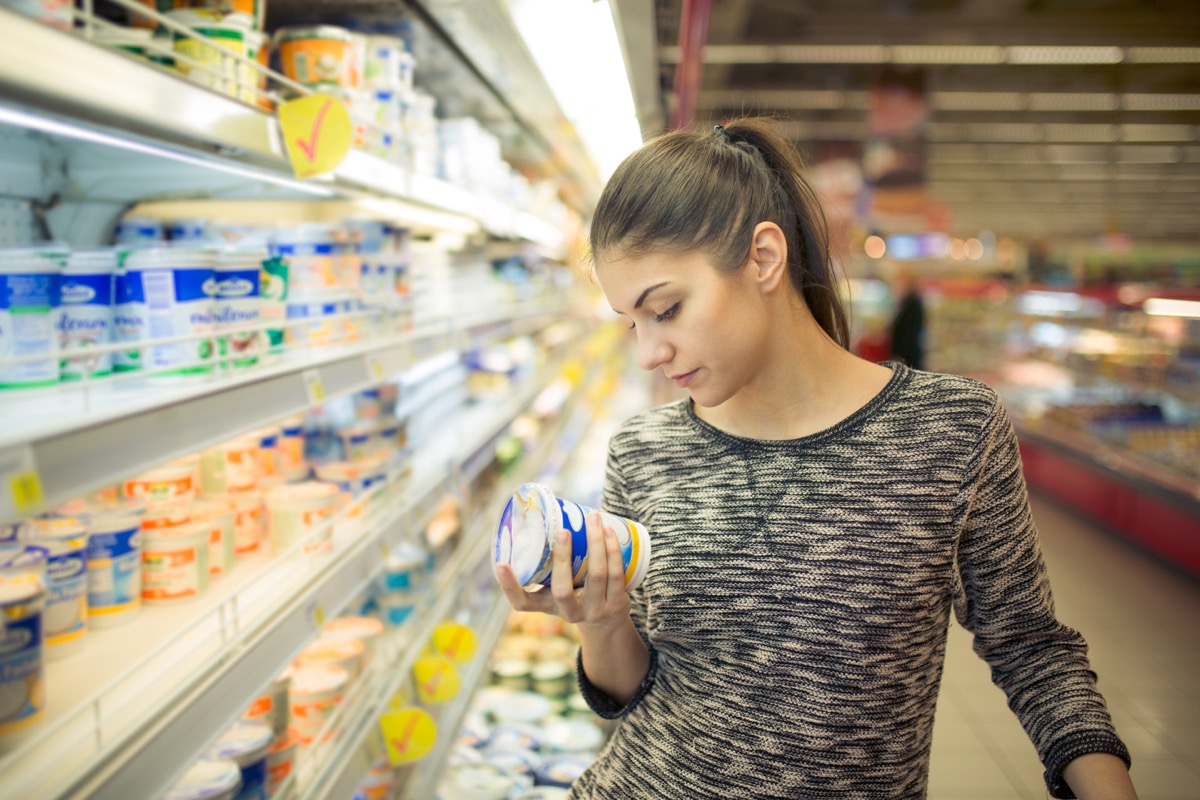 Cheese is a miracle food item with limitless possibilities for anyone whose digestive system can handle dairy. It can top pizzas, melt into noodles, or make for an excellent snack or meal all on its own. But just like any food product, it can sometimes pose potential health risks. And now, the Food & Drug Administration (FDA) has issued a new warning about certain cheeses that customers shouldn’t eat. Read on to see which dairy products the agency deemed a safety risk.

READ THIS NEXT: If You Have Any Of These Popular Chocolates, Don’t Eat Them, FDA Warns.

As part of food safety oversight in the US, federal agencies work nonstop to ensure that products are safe for consumption. Unfortunately, despite strict rules that regulate the manufacturing and production process, sometimes it only becomes apparent that a particular item could be potentially harmful after it’s sold and consumed.

Lately, the FDA has issued several far-reaching food warnings and recalls due to potential health threats. On May 28, the agency announced that fresh organic strawberries sold under the brands FreshKampo and HEB were not safe for consumption after an uncovered investigation that the fruit was linked to a recent hepatitis A outbreak across three states and Canada. While the affected berries — which were distributed and sold at a wide range of major grocers, including Walmart, Kroger, Aldi, HEB, Safeway, Sprouts Farmers Market, Trader Joe’s, Weis Markets, and WinCo Foods — are now past their shelf life, the agency warned that anyone who may have frozen them for later consumption should immediately throw them out.

And since an initial announcement on May 20, the FDA has issued a growing string of recalls related to JM Smucker Co.’s discovery of potential Salmonella contamination in its Jif peanut butter products. The expanding number of affected items goes far beyond jars of the pantry staple, including fresh fruit snack cups prepared by Albertsons Companies and sold by more than 20 grocery store chains, and certain fudge products sold by Walmart. Now, health authorities have released yet another important warning related to food safety.

According to the notice, the affected products were all produced on May 4, 5, and 6, 2022, and have the lot codes 05042022, 05052022, or 05062022 printed on their shipping cartons. The cheeses were distributed to grocery stores in Kansas, Missouri, Arkansas, Iowa, Oklahoma, Nebraska, South Dakota, and a single store each Mississippi and Florida.

RELATED: For more up-to-date information, sign up for our daily newsletter.

According to the notice, Paris Brothers issued the product recall after discovering the cheeses could potentially be contaminated by Listeria monocytogenes. The FDA warns that the dangerous bacteria can cause severe and possibly fatal infections if ingested, especially in young children, frail or elderly people, or those who are immunocompromised or have weakened immune systems.ae0fcc31ae342fd3a1346ebb1f342fcb

Healthy adults will typically experience symptoms including high fever, severe headache, stiffness, nausea, abdominal pain, and diarrhea within a few hours or two to three days after consuming an item tainted with the microorganism. However, the agency cautions that Listeria can also cause miscarriages and stillbirths in pregnant women.

While no illnesses related to the recall have yet been reported, the FDA advises that anyone who purchased the affected cheeses should return them to the store where they bought them for a full refund immediately. Any customers with questions about the recall can call 816-455-4188 on weekdays from 8 am to 5 pm CST and ask for the FDA contact, Doug Schnell.

READ THIS NEXT: Marshalls and TJ Maxx Are Pulling These Products From Shelves.