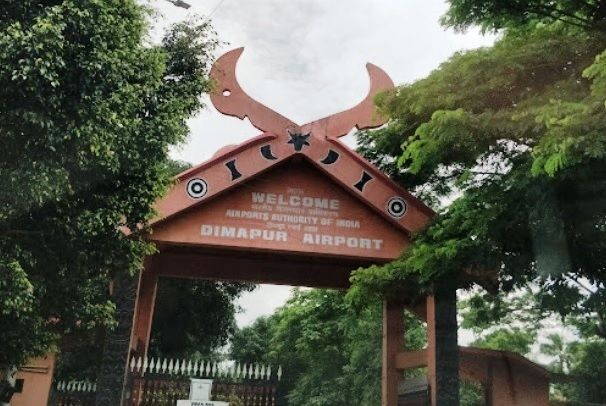 Replying to a starred question posed by MLA Kuzholuzo (Azo) Nienu on the floor of the House, the minister furnished the names of 22 encroachers.

On the actions initiated by the department, the Transport Minister informed that the eviction order was issued by the Dimapur district administration.

The Deputy Commissioner Dimapur issued an eviction order in 21 December, 2019 to the 22 individuals from Dag No 38 & 40 of Diphupar village, ie land falling within Dimapur Airport.

As per the Minister’s reply, 13 individuals out of 22 evicted persons moved the Civil Court, Senior Division, Dimapur challenging the December 11, 2020 order which was stayed by the Court.

In another case, one of the individuals filed a Civil Suit for right, title, possession in respect of land covered by Dag No.40/100 & 117 of Diphupar village. Similarly, in this case the Court has passed an Order of injunction, it said.

Subsequently, against the injunction granted by the civil judge, Senior Division in the case filed by the 13 individuals, the state government has moved a petition for review before the Gauhati High Court.

Similarly, against the injunction granted by the civil judge, Senior Division in the Civil Suit filed by the other individual, the government had moved a petition for revision before the Gauhati High Court. The case is still yet to be disposed off by the Court.

“If the Court verdict favors the state government, eviction order shall be issued immediately and hand over the land to Airport Authority of India (AAI) for expansion of Dimapur Airport,” the minister stated.

AR, CRPF authorities agreed to hand over land to AAI

Further, Paiwang stated that the state government is putting concerted efforts to complete the formalities of handing over the land occupied by Assam Rifles and CRPF to AAI, “so as to enable the AAI to take up Airport Development work in a time bound manner.”

The minister stated a series of meetings had been held with the various stakeholders. The Assam Rifles and CRPF authorities had agreed in principle to hand over the land to AAI.

The final meeting for the handing and taking over of the land from the Assam Rifles and CRPF would be conducted upon submission of the final joint survey report from the appropriate authority, the minister added.