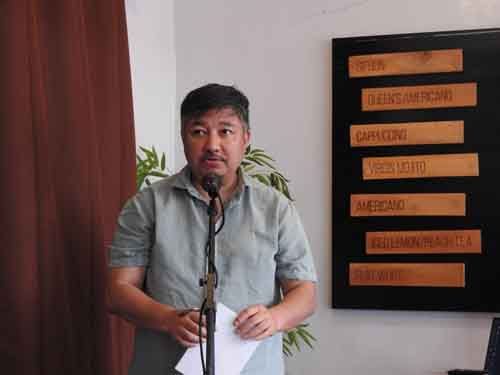 While acknowledging the challenges faced by photographers in Nagaland in comparison to their counterparts in neighboring states, Metha has appreciated them for their excellent performance in India and the world around.

“Nagaland needs a positive ambassador as it has been known for all the wrong reasons for far too long and it must overcome the challenges and lead Nagaland into the new future. In this regard, the young minds must be the driving force, ”Metha said.

Metha has also advised the younger generations to wisely make use of social media as responsible citizens.

Metha added that the photography festival that they envisioned should become a state asset as well as an intellectual property of the state and contribute to the emerging growth of Nagaland.

Interacting with media persons, the president of Dimapur Photography Club (PCD), Letminthang Kipgen, stated that launching of PCD websites was in line with the concept to host the first Nagaland photography festival which would be held on August 19 and 20.

Kipgen went on to say that the photography festival was conceptualized with an aim to take Nagaland into the world photography map. He informed that the organization has planned to invite other photography clubs from all the northeast states for a seminar, workshop, and interaction.

Kipgen further informed that the club has planned to organize a national photography competition in online mode with the Federation of Indian Photography in partnership with TaFma in the future.

A Closer Look at the Property Market: A year that was...