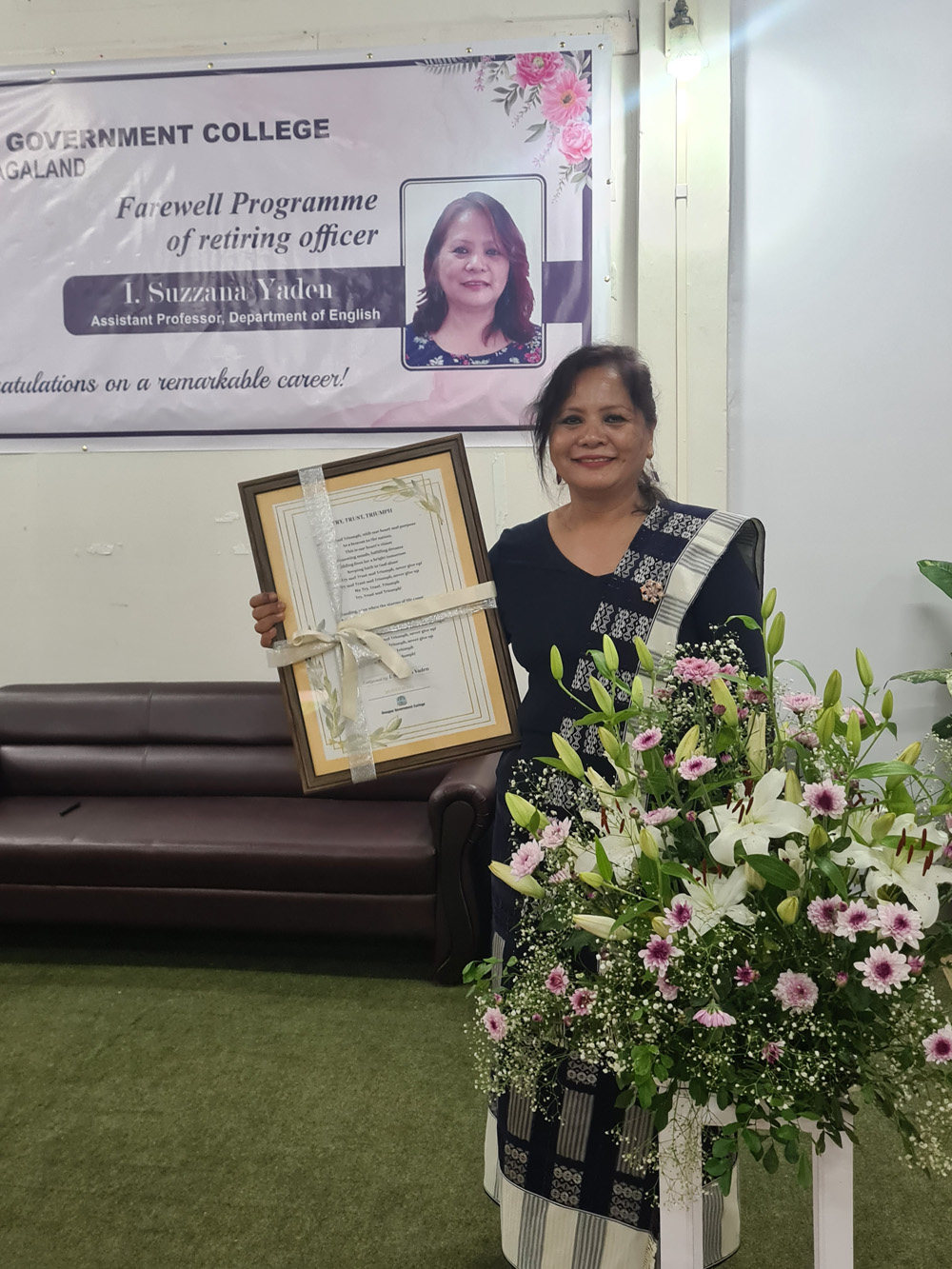 Speaking on the occasion, the college’s principal, Dr. M Libanthung Ngullie, fondly recalled his long professional association with Yaden and said it was a privilege that she had undergone the three milestones in her career — appointment, promotion and retirement — in good health.

He acknowledged her efforts and commitment in delivering her duties as a teacher in college and particularly thanked her for composing the college’s motto song – a legacy that would stand the test of time.

The president of the DGC Teachers’ Association (DGCTA), Dr. T Jamedi Longkumer, highlighted Yaden’s invaluable endeavors during the first cycle of NAAC accreditation, while A Sentiyula, HoD of English, detailed how Suzzana Yaden set the bar high as the quintessential woman of God who shepherded her students in academics and all-round aspects of life.

Speeches were also delivered by Sedevino from Political Science department and Bideno Ovung, English Honors student, while a song was presented by A Moamongla Aier and friends. The Evangelical Union of DGC then led the gathering in singing the college motto song.

In her farewell speech, Yaden attributed all her achievements to the grace of God. Yaden expressed that the relationships built within the DGC community would remain in her heart always. She encouraged her colleagues to continue molding the lives of students.

In her signature style, she pebbled her speech with streaks of humor, while expressing gratitude for the program organized in her honor.

The program concluded with a benediction pronounced by Dr. Benjongkumba.