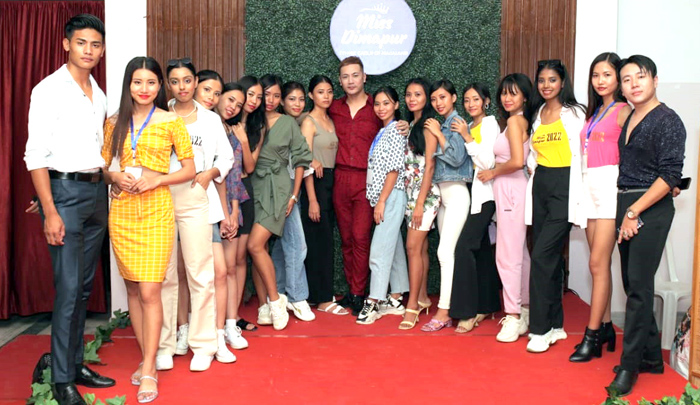 Dimapur, July 31 (EMN): The curtain raiser for Miss Dimapur was held at Hotel Acacia on July 30, with DGP Prison, Rupin Sharma, as the special guest.

Addressing the gathering, the DGP stated that Nagaland is a place filled with people who are ‘in love with their cultures’.

I have opined that Naga cultural shawls and costumes could be used for the economic development of the Nagas.

AN update stated that EGON would be marketing the products made by inmates, such as sanitary pads, handicrafts, etc.

Highlights of the program included the announcement of Miss Personality and Miss Talent, which were won by Jine Singh and Lihyeih T Konyak, contestant number 2 and 12 respectively.

It stated that a modern ethnic round was also conducted, which was judged by president, Nagaland Designers Association, Ruso Rhi. The winners of the modern ethnic round will be announced at the finale of Miss Dimapur. The program was hosted by Imli Lee and Nise Meruno and words of acknowledgment were delivered by Watila Subbha.