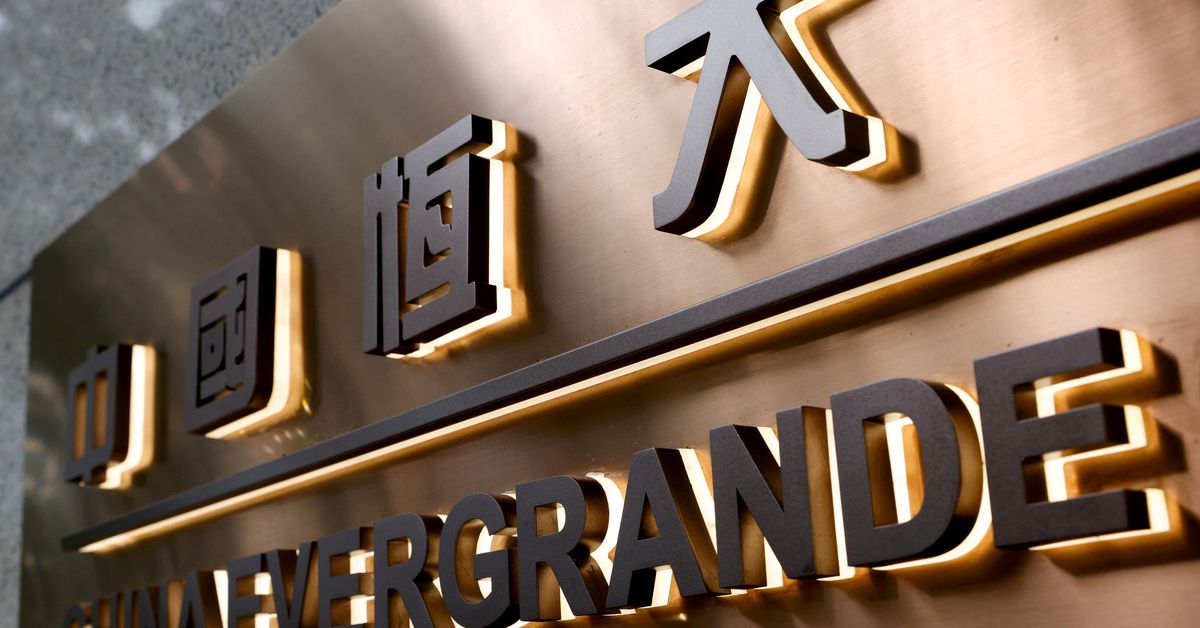 The poster for the Evergrande Center of China building is seen in Hong Kong, China, on September 23, 2021. REUTERS / Tyrone Siu

HONG KONG, Dec. 6 (Reuters) – Shares of China Evergrande Group (3333.HK) fell 12% to a low of 11 years on Monday after the company said there was no guarantee it had sufficient funds to meet debt payments, which prompted the Chinese authorities to convene its president.

Evergrande, once China’s best-selling developer, is struggling with more than $ 300 billion in liabilities. A collapse could cause shock waves in the country’s real estate sector and beyond.

In a presentation Friday afternoon, Evergrande, the world’s most indebted developer, also said it had received a lawsuit from creditors to pay about $ 260 million.

This prompted the government of Guangdong Province, where it is based, to convene Evergrande President Hui Ka Yan, and later said in a statement that it would send a working group to the developer at Evergrande’s request. to oversee risk management, strengthen internal controls, and maintain normal operation.

In a series of seemingly coordinated statements late in the evening, the Central Bank of China, the banking and insurance regulator and its securities regulator tried to reassure the market that any risk to the real estate sector could be contained. wider.

The short-term risks posed by a single real estate company will not undermine market fundraising in the medium and long term, said the People’s Bank of China, which added that home sales, land purchases and funding “has already returned to normal in China.”

Eating Vegetables Does NOT Protect Against Heart Disease