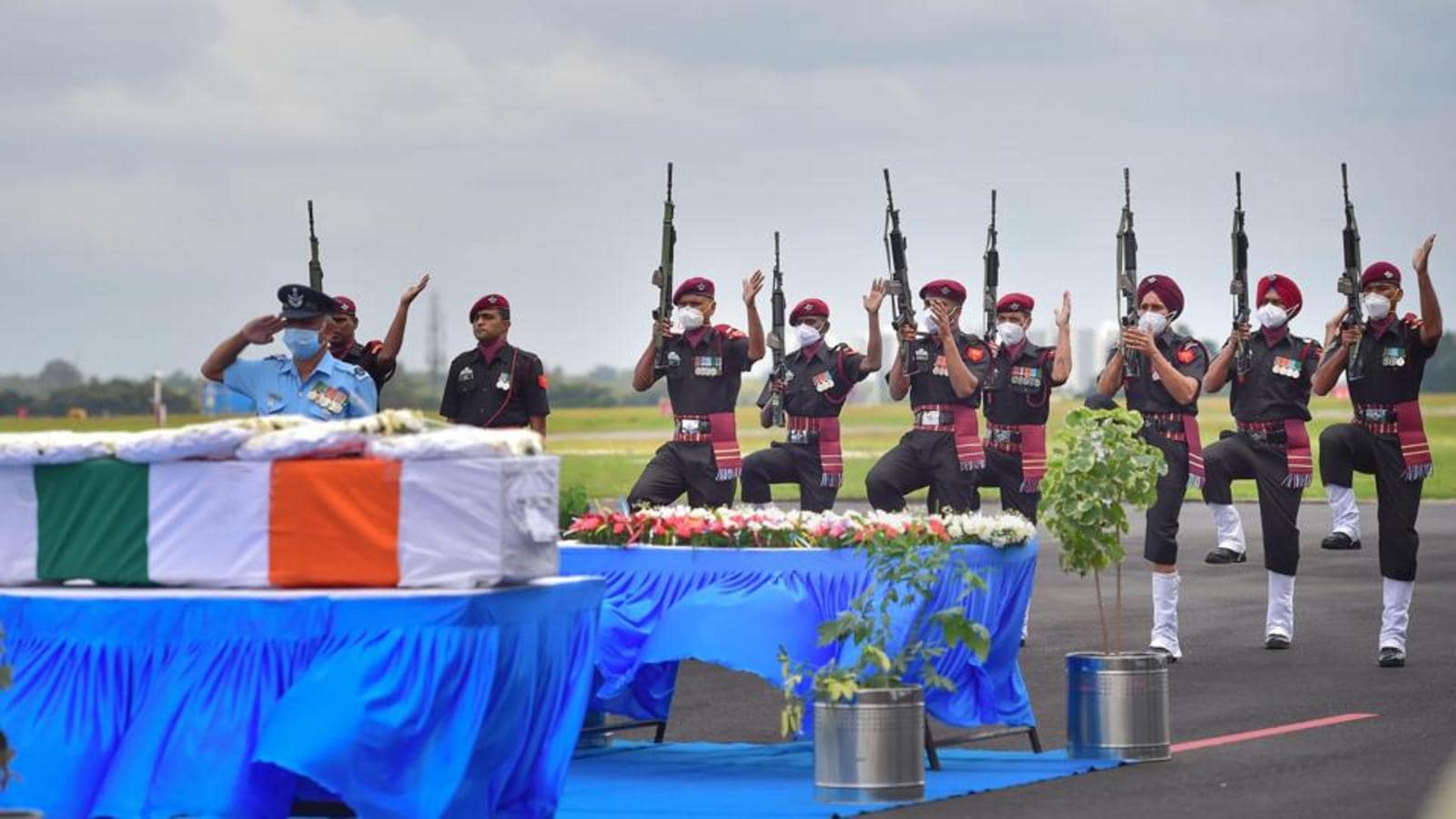 The bodies of six other soldiers, among the 13 people killed in the December 8 Coonoor crash, were identified and sent to their hometowns on Saturday for the latest rites, officials familiar with the development said.

Four families are still waiting for the remains of their loved ones to be identified. These soldiers are Lieutenant Colonel Harjinder Singh, Havildar Satpal Rai, Naik Gursewak Singh and Naik Jitendra Kumar.

Among the 13 people killed in the crash were India’s first chief of defense staff (CDS), General Bipin Rawat, his wife Madhulika Raje Singh Rawat and the CDS defense assistant. , Brigadier LS Lidder. Lieutenant Colonel Singh, one of the four soldiers whose bodies have not yet been identified, was Rawat’s staff officer.

Rawat, his wife and Lidder were cremated on Friday with military honors at Brar Square in Delhi Cantt in two separate solemn ceremonies steeped in military tradition, with senior government officials attending the heartbreaking final dispatch and thousands of men, women and children. paving the road leading to the crematorium to pay their last respects.

While Kritika and Tarini lit their parents’ funeral pyre, Bipin and Madhulika, 16-year-old Aashna performed the last rites of her father Lakhbinder Singh Lidder in ceremonies full of emotion, honor and pride.

The schedule for the last rites of the remaining four soldiers will be finalized once the “process for the positive identification of their remains” is completed, officials said.

The only survivor of the crash, group captain Varun Singh, remains in life support at the IAF Command Hospital in Bangalore. A three-star officer is leading the investigation into the crash.

The Mi-17V5 helicopter took off from Sulur Air Force Base at 11:48 a.m. Wednesday, and was scheduled to land at Wellington Golf Club Heliport at 12:15 p.m. Sulur air traffic control, however, lost contact with the helicopter at 12:08 p.m., 20 minutes after it took off. The helicopter was seven minutes from its destination.

The Coonoor crash was one of the worst air crashes involving India’s top military agents and a setback to the country’s ongoing military reforms, the largest since independence. Rawat was leading the army’s dramatization campaign to improve the effectiveness of the armed forces and reshape the conduct of future operations.

The shocking demise of the CDS will have implications for military reforms, including theatricalization, and the government will have to move quickly to announce a succession plan. The head of the army, General Manoj Mukund Naravane, is the highest-ranking military officer in the country since the demise of the CDS. Rawat survived a Cheetah accident in Dimapur on February 3, 2015. He was a lieutenant general at the time.