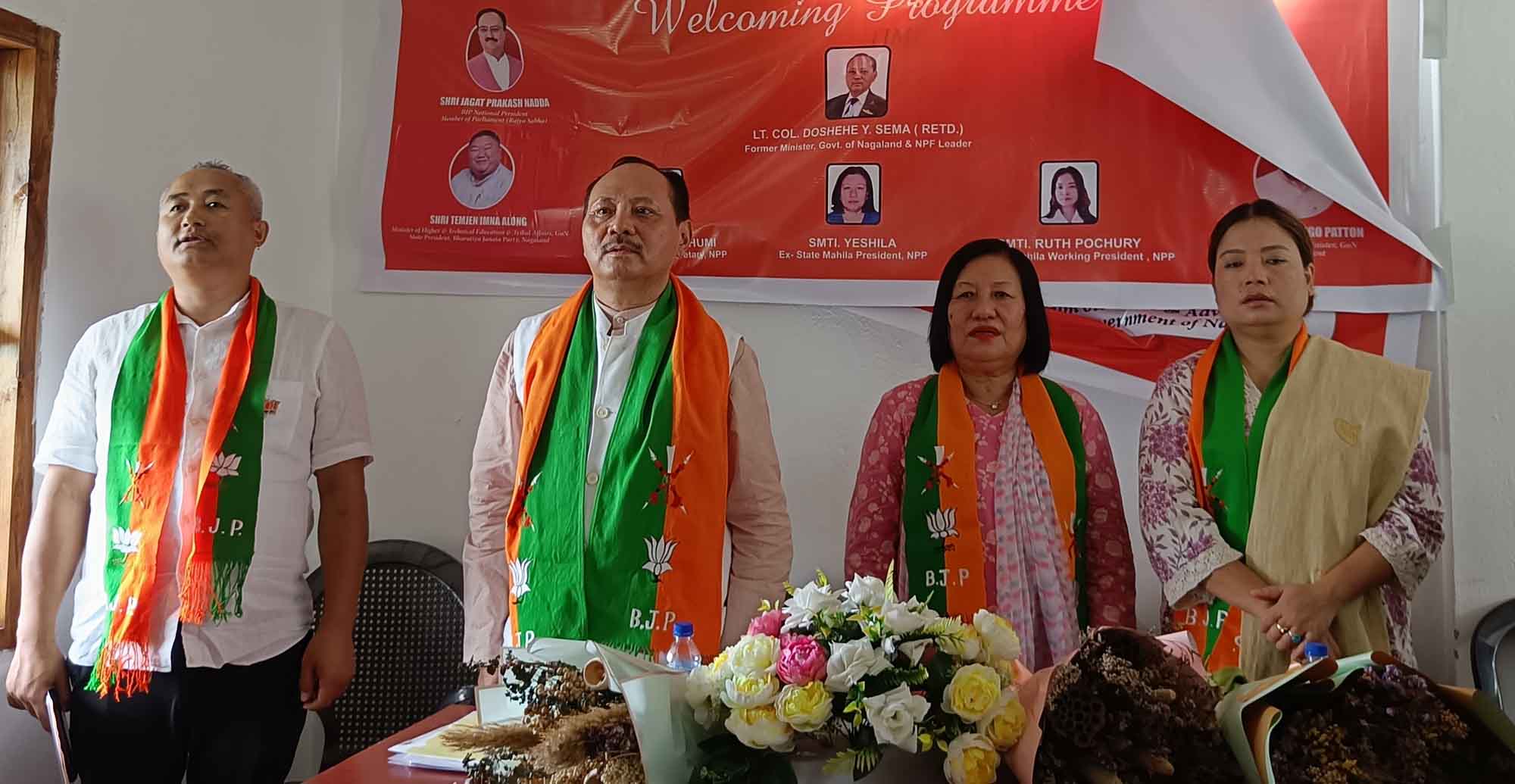 Our Reporter
Dimapur, Sep. 13 (EMN): The reason why there is a lack of infrastructure in Nagaland is because the state was governed for more than 52 years by regional political parties, claimed former state secretary general of the National People’s Party (NPP), Tohovi Achumi.

Achumi was speaking at the welcome program of four leaders from other political parties, who joined the BJP at the BJP district office, Dimapur, on Tuesday.

Achumi said the reason why he joined the BJP was mainly because of the many flagship programs initiated by the Prime Minister for the citizens. He said though other political parties might brand BJP as a communal party but BJP is a secular party and a party established in the “core circle of socialism, secularism and democracy.”

“And this is why we are in the political party to actually further the growth of the party in this Nagaland,” he said adding that BJP has to grow in Nagaland because the state has witnessed more than 52 years of regionalism in Nagaland.

He further claimed that although BJP might have “rolled only 11 years in Nagaland but all the development aspects that we see in Nagaland today is a broadband of national party rule in Nagaland.”

Achumi further stated that it was time for Nagas to bring a national political party in the frontline in Nagaland if they want their aspirations to be fulfilled.

“If we want to see Nagaland grow economically, socially culturally, we have to support a political party that is – nationalism, secularism, socialism and equality in its manifesto, which is BJP.” I added.

Doshehe Y Sema, said he was a Congress party cadre but left the party and joined NPF in 2004 because then the NPF leaders called all the like-minded leaders to join the party for early settlement of Indo-Naga political issue.

Doshehe stated that he began his affair with BJP two decades ago and that at present he firmly believes that BJP is the only hope for the nation and the only party which could bring settlement to Indo-Naga political problem.

“I am joining BJP with a conviction to work without any pre-condition and whatever possible at my own capacity, will work for the party,” he assured.

Doshehe further stated that the ‘noble call’ of the BJP for nation building strongly attracted him to join the party.

Former president of NPP mahila, Yashila, assured to sacrifice and work hard for the party.