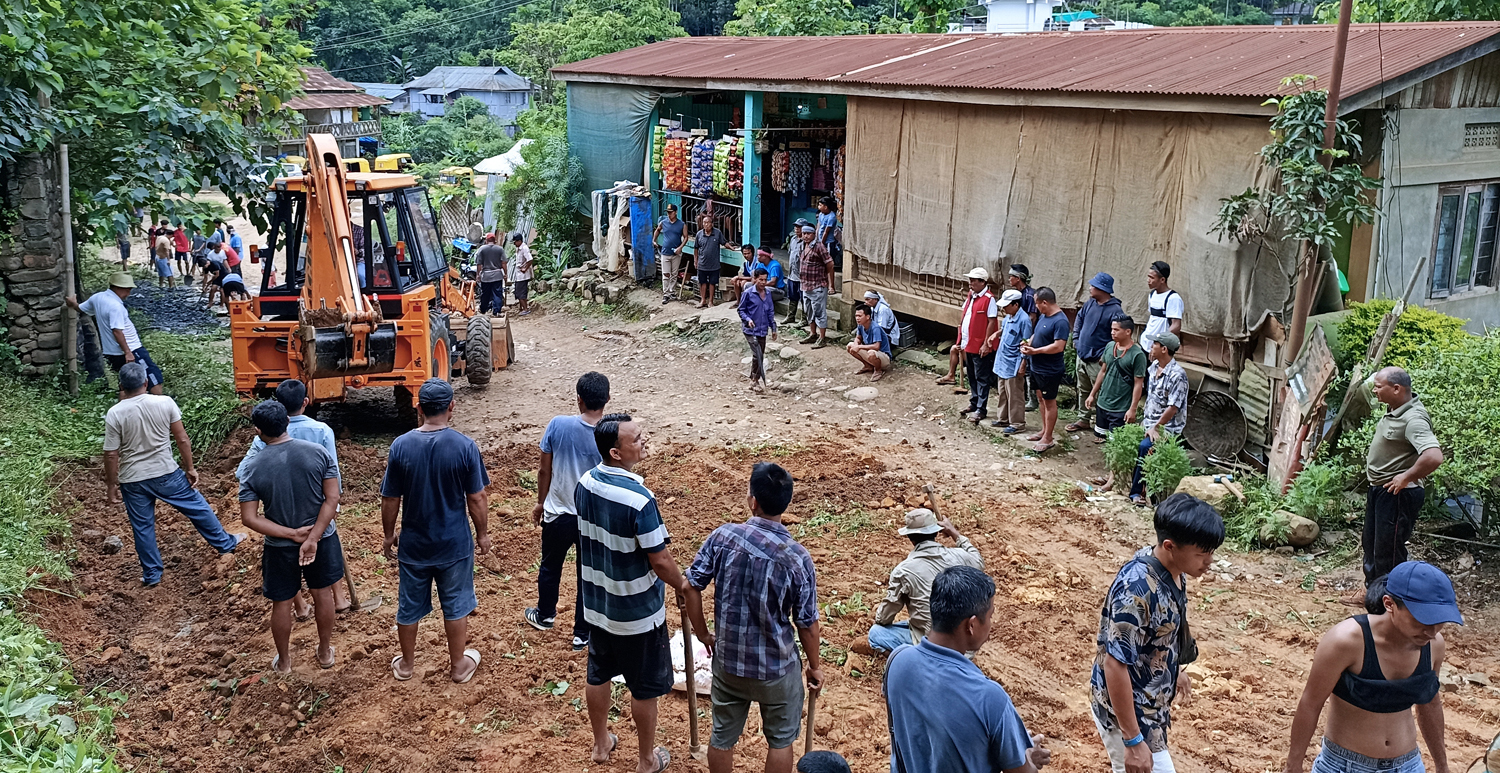 Dimapur, July 16 (EMN): The Auto Drivers’ Union Medziphema (ADUM) initiated a road repair and leveling work from Medziphema town junction till Mecharü bridge on July 16, which was joined by many nearby residents in the exercise.

The release stated that they are aware of the government’s commitment to blacktop the road till Tsüüma / Punglwa, which was conveyed by the chief minister during the inauguration of City Center, Medziphema, on May 6. However, they undertook the social work as the road has been in a dilapidated condition for decades.

The union, while requesting the concerned authority to repair the road at the earliest, also acknowledged the 7 Assam Rifles of Ghaspani Battalion and Arshad Vime Hazarika, who have extended help with their respective excavators as well as the NF railways for supplying sand gravel with their dumper trucks. The union further thanked MTMK, MTWO, nearby residents and all well-wishers for their support through material and physical throughout the day.